You are Here > Home > Financial planning > Can a mistress inherit from a married man’s estate?

Can a mistress inherit from a married man’s estate? 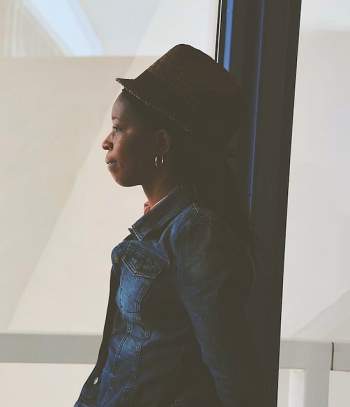 Marilyn Monroe, Marla Maples, Michelle McGee, and Kristen Stewart – all successful women in their own right, with one controversial commonality – they were mistresses to married men. The term ‘mistress’ is an inflammatory one – a name as complicated as its legal ramifications. In a world where the meaning of romantic partnerships is potentially evolving, what is the ‘other woman’ entitled to in the event of her significant other’s death?

David Thomson, Senior Legal Advisor at Sanlam Trust, says that anyone who embarks on a relationship with a married person is in a vulnerable position when the individual dies. “If the deceased was legally married under the Marriage Act or Civil Union Act, then the people entitled to the estate are his spouse and children. The ‘mistress’ has very few rights and will have to prove dependency to claim from a retirement fund, should this be available.”

Thomson believes some circulating myths about marriage are misleading. He makes it clear that a long separation doesn’t equate to a legal divorce, and that individuals who live together for a significant period of time are not legally recognised as married. “There are three types of legally recognised marriages in South Africa: marriage by the Marriage Act, Civil Union Act, and Customary Marriage Act. If you’re living with a married man who is not officially divorced, this does not entitle you to any of his estate. Even the house you’re living in could be taken from you in the event of his death, unless it’s an asset in your name.”

Customary marriages are different as they allow for multiple spouses – provided that the other wives consent to the new marriage. However, Thomson warns that customary marriage ceremonies have to be conducted according to strict rituals in order to be legally recognised. The woman’s family should have received ilobolo, and she should have wedding photographs, videos or community witnesses to prove it in the eyes of the law. If she can’t, she might be regarded as a mistress rather than a wife. Thomson advises getting the customary marriage backed up by registering the marriage with Home Affairs. If a customary marriage is deemed lawful, then all spouses should be entitled to equal portions of the estate, but this can be complicated by children. As the guardian of minor dependents, one spouse might have a stronger claim than another.

Marriage in community of property

If a mistress is cohabiting with a married man, she will do well to find out whether or not he was married in community of property. If this is the case, his wife is automatically entitled to half of his estate – so even if the man names the mistress in his will, this inheritance is not lawfully hers.

Marriage out of community of property

If a man is married out of community of property, he can leave his estate to whomever he chooses but the court will prioritise his children’s claim. If a mistress lodges a claim in competition with the wife and, particularly, the children, the court will generally recognise her claim last – if at all. The man’s estate first and foremost has to ensure that his children maintain the lifestyle they’re accustomed to, while also covering their school or university fees, medical aid expenses, etc. Their claim therefore relies on the scale of their dependency – this includes dependent children over the age of 18. The same applies to his wife who has a right to claim under the Maintenance of Surviving Spouses Act. In addition, her age and potential to generate her own income are taken into account.

So does the mistress ever win?

Thomson stresses the fact that each case is dealt with individually, but reiterates that the mistress is always vulnerable in the event of the death of someone with whom she was in a relationship. “If she can prove her dependency, she may be entitled to claim from the deceased’s pension or retirement fund. Alternatively, if he gave her assets (like a car in her name) during their time together, then these are deemed donations that cannot usually be taken back, unless there are extenuating circumstances. For example, where a man gave his mistress assets out of malice towards his family and to their financial prejudice, the court will likely rule in favour of the children. A mistress should also note that ‘gifts’ do not indicate support, and that this will not be sufficient to back up her dependency claim.”

Video: Review your will

Last week was National Wills Week, which is always a great reminder to review your will. If you don’t have one, make sure you prioritise this immediately. To find out more about what should be in your will and what makes a will valid, I am speaking to Monica Moodley,...