You are Here > Home > Financial Sense Home > Does a new car make us happy?

Does a new car make us happy? 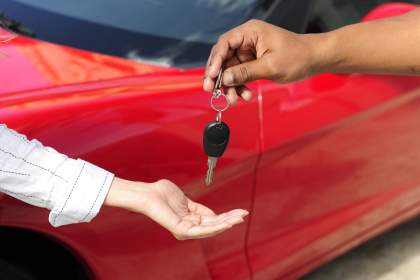 I recently spent some time interviewing potential candidates for the City Press/Absa Money Makeover competition. It is so interesting that almost all applicants state that their biggest financial mistake was buying a new car.

As one applicant said to me: “I feel so depressed when I just think how much money I would have now if I had invested rather than spent it on car repayments.” For him the car was a missed opportunity for wealth creation, but for others the car repayments are an albatross around their necks, affecting their ability to meet other needs. One applicant recently had a child and now finds that he cannot meet the needs of providing a home and educating his child while the car repayments continue.

There is not a single person who says they are still glad they bought the car – all of them wish they could go back in time and make a different decision. Spending 30%-40% of your salary on a car each month will not help you in achieving financial freedom!

If only we understood this before we signed up for new wheels, because one thing is absolutely clear: a new car will not make you happy.

Ryan Howell, an associate professor of psychology at San Francisco State University, undertook a research study on money and happiness and found that experiences, rather than material goods, bring longer lasting happiness. That means spending money on a family holiday or going to see your favourite rock band would give you greater satisfaction than buying a car or designer handbag.

Howell’s study found that despite this, we tend to spend more on materialistic things because we think that, as a new car lasts longer than a family holiday, it will make us happier. Howell argues that a fancy car or a new pair of shoes will provide a brief thrill, but we soon take it for granted, while experiences provide more lasting value.

In my experience, both in my personal life and engaging with ordinary South Africans, I believe that it is not money in itself, or what we buy with it, that makes us happy, but the lack of financial stress that money, used correctly, can provide.

If you knew you had enough money not to worry about paying the bills and were on track financially to retire one day, you would be significantly happier. Imagine the feeling on waking up tomorrow with no debt! Yet what do we do when we get more money? We spend more.

Freedom to have your car repaired by a non-dealer will increase competition and reduce the cost of repairing and insuring your car. A couple of years ago when I was buying a second-hand car that didn’t have a service plan, I discovered what a rip-off my dealership had...

Video: The true cost of a fancy car

The decision on how much to spend when purchasing your car is possibly one of your most important financial decisions. In fact, banks say that the main reason they turn down home loan applications is due to affordability, and the main culprit is usually car finance....

Khwezi Jackson, investment consultant at 10X Investments, explains how buying a fancy new car could sabotage your retirement funding. Seeing a headline, ‘Spending R10,000 per month on a new car’, got me thinking: Why would anyone spend that much money every month to...

The best way to settle your car finance

Advance payments on car finance do not work the same as on your home loan, so it’s worth understanding how to make the most of it. Any debt that you pay off sooner than required will save you money on interest. However, you need to understand how advance payments work...

Listen: What you need to know about car finance

How does a balloon payment work? What questions should I ask my dealer? Can I settle my car finance early and what happens if I want to give my car back? Maya (@mayaonmoney) chats to vehicle financing expert Henry Botha of Absa Vehicle and Asset finance to answer...