Good news for those claiming UIF

Please note that this website cannot answer your questions about your UIF application. You must apply and submit your continuation forms via the UIF website. If you are struggling with the online application process, you can email Ms Ditoro Makgato, Mr Deon van Niekerk or Mr Tsepo Dube. 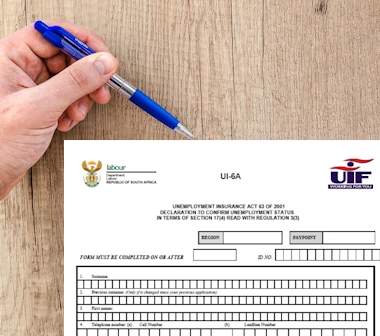 If you’re going on maternity leave or have been retrenched, you can claim from the government’s Unemployment Insurance Fund (UIF), which should help replace a portion of your income and tide you over until you can find another job or return to work after having a baby.

If you haven’t claimed UIF before or are unsure of the process it would help to become informed about recent changes around how claims can be made and how much you qualify for.

“The UIF bill was signed into Act in January this year, so we no longer refer to it as a bill; this means it has become law. However, the Amendment Act is not yet effective as this requires the promulgation of the implementation date. The Act will be implemented once the President promulgates the implementation date,” explains Makhosonke Buthelezi, director of communications and marketing at the Department of Labour (DoL).

The good news is that the changes mostly favour the recipient. Here are some of the main benefits and improvements of the Amendment Act:

Claiming UIF has not been smooth sailing for all concerned. However the DoL has engaged in several initiatives to improve its services. For example, you can claim UIF online, much in the same way you can file your taxes online.

Internal changes have also been made. “We have started to increase bandwidth in some of the labour centres to enable faster processing of documents and this is going to be rolled out in other labour centres throughout the country,” says Buthelezi.

It’s not unheard of to receive your benefits weeks after filing. “At the moment claims submitted in Cape Town are approved in record times of two to three weeks if all documents are complete and correct. The DoL always quotes 35 working days (seven weeks). Some claims can take much longer if something goes wrong. Six-month delays are rare but do occur occasionally,” says Klaus Arnhard, founder of agency UIF-Hero.

However the DoL says it is looking into this following a number of workshops around ‘process re-engineering’, which has resulted in a Service Delivery Improvement Plan. “The DoL has also reviewed claim turnaround times to make them shorter so clients can enjoy their benefits at the time they need them,” explains Buthelezi.

Why agency involvement will be reduced

One of the more contentious changes, however, has been the prohibition in the use of agencies to process claims on your behalf. The DoL’s past inefficiencies has resulted in an entire industry springing up to help applicants process claims, particularly maternity benefits. Agencies providing such services include UIF-Hero, Bunny Hop, UIF Services, and Little Monkey UIF Claims. They typically charge a once-off fee ranging from R400 to R850.

The new Act says: “When processing application for benefits neither the Fund nor any agency or person purporting to act on behalf of the applicant may charge a fee against the applicant.’’ But industry commentators argue that agencies were created to fulfil a need and to help with the complexities of making a claim. They add that it creates jobs and results in more successful claims that are usually processed in shorter periods of time.

But the bone of contention is that they are still charging for a service that’s meant to be free. The DoL points out that no agencies are accredited by UIF. “The UIF discourages the use of agencies because our services are for free, and agencies do not get preferential treatment from the Fund. The current Act does not encourage nor prohibit the use of agencies. However, the new amendment Act prohibits anyone from charging a fee for processing UIF claims, including agencies.”

Until the Act is promulgated it’s still possible to hire an agency to act on your behalf but once it comes into effect, agencies may have to offer different services and charge for their time instead of for processing the claim.

Why it’s still difficult to claim

While much has been done to smooth the process of claiming UIF, it’s still a difficult process. Michael Bagraim, Shadow Deputy Minister of Labour points out that it’s not uncommon for the DoL to lose paperwork and to ask people to come back again. “Where we are at the moment it’s a nightmare and we’re hoping to get to a stage where it becomes more user-friendly,” he says.

However, he is optimistic. “I’m actually feeling quite positive and have spoken at length with the new director of the UIF and he really wants to ensure that things happen. The nightmare continues but I’m hoping to see light at the end of the tunnel.”

Meanwhile, Arnhard points out that the problem could also be on the claimant’s side. “There are a number of reasons [why claims are not processed or rejected], but the most severe problem is the employment history. The employment history should display your entire career with all employers, your salary per employer, your start and end date with each employer and why you left, for example: resignation. In our estimate about 75% of employment histories are not complete,” he says.

Ultimately, it’s vital to ensure that you have all the correct paperwork for the DoL to process your claim. If you’re unsure, you still have the ability to consult an expert. “It’s all purely administrative. Legally a person needs to qualify. Once that’s satisfied you need to prepare for long queues by getting information on time. That is the only way,” says Osborne Molatudi, partner at Hogan Lovells.

Court rules for insurer to pay up

The global shutdown in the face of the COVID-19 pandemic is testing the clauses of insurance policies – specifically business interruption insurance – with claimants and insurers across the world fighting it out in court. The Western Cape High Court recently issued a...

Video: Prepare for the weather

The summer rainy season is in full swing in Gauteng. The province has already seen heavy rain, flash floods and hail, and authorities have warned that more extreme weather is on the way. It is not surprising that this is the time of year that property damage due...

Get a home inspection before you buy

So you've finally found your dream home and are ready to put in an offer. Before you dive in, be sure that you conduct a home inspection. This is according to Marius Steyn, Personal Lines Underwriting Manager at Santam. Steyn suggests including a clause in your offer...

Whether you’ve recently made property upgrades or added a few new items to your home, it is time to spring clean your insurance policies to check that you are adequately covered. Your short-term insurance policy is automatically renewed almost every year but it is up...