Tax-efficient products are an easy sell, but are you paying your tax benefit away in fees? 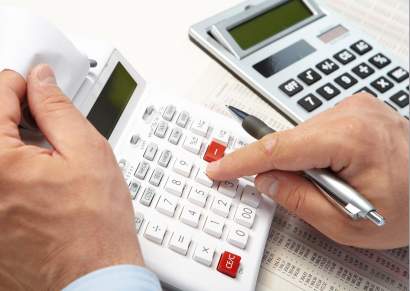 With personal and investment taxes on the increase, high-net-worth individuals look to product offerings that can – legally – help them offset their tax liability.

Endowment policies, for example, are sold as a tax-efficient option for higher-income earners as the funds are taxed in the policy at a rate of 30%, rather than the individual’s marginal tax rate.

This means that an individual with a marginal tax rate of 45%, who would normally pay 18% capital gains tax, would effectively pay a lower rate of 12% within the endowment structure. This could have a meaningful impact on their final capital benefit.

For example, if an individual invested R1 million in a unit trust fund with an average after-fee growth rate of 8% per annum, after ten years the capital value would be nearly R2 million. An individual with a marginal tax rate of 45% would pay R172 600 in capital gains tax. If the individual invested in a collective investment scheme (unit trust) which was wrapped in an endowment policy, the capital would be taxed at the lower rate, reducing the capital gains tax to R105 300.

On the surface this looks like a no-brainer, except when you factor in any additional fee that might be charged for the endowment wrapper. Depending on the amount that is charged, the investor could end up paying more in fees than they save in capital gains tax.

In order to assess the impact on the saving in capital gains tax, we analysed a R1 million investment over 10 and 15 years. For simplicity, we assumed the investment was in growth assets and only earned capital growth, and not interest income.

We found that while the annual rate of return, as well as the number of years invested, both have an impact, as a rule of thumb, if you are paying more than 0.35% per annum for an endowment wrapper, the tax benefits are largely negated.

The lower your marginal tax rate, the less tax benefit you receive in an endowment and therefore the lower the fees need to be.

The table below compares the final capital amount received by the investor after fees and tax based on an initial R1 million investment. We have assumed a marginal tax rate of 45% for the investor and an additional fee of 0.5% for the endowment wrapper. The only difference is the rate of annual return which we assumed net of other investment fees in the regular investment.

What this table illustrates is that if you were to pay an additional 0.5% fee per annum for an endowment policy structure over and above the regular investment fees, this could negate any saving on capital gains tax.

It is only when growth rates reach around 12% per annum that the additional 0.5% in fees would make financial sense, but even then, it is marginal and the longer you are invested, the more you pay in fees.

We calculated that the breakeven fee would be 0.4% over 10 years or 0.35% over 15 years. In other words, at this fee you are neither better off nor worse off in an endowment structure after tax. The lower your marginal tax rate, the less tax benefit you receive in an endowment and therefore the lower the fees need to be – in the case of an individual with a 41% tax rate, the breakeven point would be between 0.25% and 0.3%

This would suggest that the maximum additional fee you should pay for an endowment structure would be 0.25% per annum if you are investing for tax benefits.

We would like to note that this illustration does not include tax on interest income, although it is likely to produce a similar scenario. Endowments do have additional estate planning benefits which are worth considering, but the key point is that before you invest in a product for its tax benefits, find out how much it is really saving you after fees. Also, be aware that in a retirement annuity or tax-free savings account there is no capital gains payable within the fund, so the tax saving is significantly higher, but still watch those costs.

In creating the spreadsheets to calculate the impact of fees, the most surprising finding was how significant fees are over time. For example, in the R1 million example, after 15 years of growth at an average rate of 10% per annum, a 0.5% fee reduced the final capital by R234 647. In other words the value before fees would have been nearly R3.8 million compared to R3.56 million after fees. That is a massive 23% of the original capital paid in fees over 15 years. If you increase the fee to 1% per annum, the final capital value after 15 years was reduced by R455 000 – nearly 50% of the original investment.

There will always be professional fees when investing but you need to ensure that you are paying a fee that is in line with the benefit you receive. And definitely shop around, because every 0.5% matters.