You are Here > Home > My Investments > The simple truth about investing

The simple truth about investing 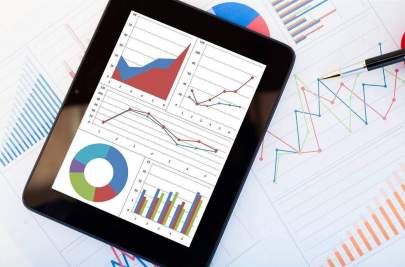 In late August I attended the Allan Gray Investment Summit which brought together a range of investment professionals. Most of the day was dedicated to experts discussing investment strategies and their top share picks. But it was the final speaker of the day, Morgan Housel, who left the greatest impression, yet at no point did he discuss markets or provide share tips. What he did was reveal the simple truth about investing.

Housel is the founder of Collaborative Fund in the US and author of Everyone Believes It; Most Will Be Wrong and 50 Years in the Making: The Great Recession and Its Aftermath. He started by telling the story of two very different investors: Grace, a woman who had worked as a secretary her whole life, yet left $7 million to her heirs when she died in 2010; and Richard, a very smart man who at one point headed up an investment bank and earned an absolute fortune, but filed for bankruptcy a week after Grace died.

Spend less than you make, save the difference, buy a diverse portfolio of diverse companies, and be patient.

The point Housel makes is that Grace just followed the simple rules of wealth creation: spend less than you make, save the difference, buy a diverse portfolio of diverse companies, and be patient. Richard, on the other hand, was perhaps too clever for his own good, thinking there were better and quicker ways to make money; or maybe he simply lived a lifestyle that he could not sustain. Whatever the reason, the truth is that Grace was better at managing money than the smart money guy. According to Housel, there is no other industry where it is possible for a layperson to outperform someone with the best credentials. This is possible when it comes to investing because “it is not about what you know, but how you behave.”

Housel uses an example of cancer research. Billions are spent each year on trying to find a cure for cancer, yet Robert Weinberg, one of the top cancer researchers in the world made the simple point that if you don’t get cancer, you are not going to die from it. “Stopping people from smoking will have vastly more effect on cancer mortality than anything I could hope to do in my own lifetime,” said Weinberg in an interview, adding that “that’s a simple truth that we [doctors/researchers] sometimes overlook because it’s intellectually not very stimulating and exciting.” In the same way, the best way to have more money, is to spend less.

Housel went on to show the futility of trying to predict the future returns of the market and the time we waste in trying to find the ‘next-big-thing’. He quoted Nobel-prize-winning economist Daniel Kahneman who said that “hindsight gives us the illusion that the world makes sense even when it does not make sense. This is why we create mistakes.”

Studies into understanding which economic data are the best predictors of future market performance found that, well – there are no predictors! The research looked at five-year market returns and back-tested whether any data, such as a country’s economic growth, previous market returns, economists’ growth predictions, corporate earnings and profit margins, could predict market returns over the next five years. They found virtually no correlation. In fact, the random inclusion of annual rainfall had a higher correlation to market performance than any of those factors. The best predictors – and even here it was a low correlation – were dividend yields, government debt levels and PE ratios.

The point is that no-one – not even the so-called ‘experts’ – can claim to know where the market will be in five years’ time. Take the rand as an example. Who would have predicted that given all the political and economic upheaval we have experienced this year, the rand would be 5.8% stronger against the dollar over the last eight months?

So, what does this all mean? It means that we spend way too much time on trying to predict the future and not enough on our day-to-day finances. We spend way too much energy debating the merits of investing in Bitcoin and wasting money on forex courses which we think are going to make us “rich” than actually understanding our budgets and our spending behaviour. The answer is so much simpler: spend less than you make, save the difference, buy a diverse portfolio of diverse companies, and be patient.

The simple truths about making money

The best antidote to a world with low returns is to save more money. The flashy solution to low interest rates that everyone wants to hear is that a smart man in a nice suit has a new strategy to turn nothing into something, and he’d love to sell it to you. The simple answer no one wants to hear but is far more likely to help you, is that everyone should be saving more money to make up for low returns. It’s advice that is as effective as it is hard to swallow.

Value isn’t necessarily created by innovation or complexity. It’s created by solving people’s everyday problems for the longest period of time. This is why toilet paper and garlic powder have been better investments than some of the most innovative technology companies. Lots of technology has solved people’s problems, but few to the degree toothpaste and deodorant have – and will continue to do – for the indefinite future.

Rand-cost averaging is the best way to not care what the market is doing. There is an industry, surely measured in the billions of dollars, devoted to extremely smart people making extremely complicated market forecasts, with extremely dodgy results. The best advice no one wants to hear is that buying the same amount of stocks each month blends the highs and the lows, the cheap and the expensive, averaging out to a result that truly lets you not care what the market might do next.

Wealth has little to do with how much you earn and a lot to do with how you live. We’re all investors, attempting to grow our net worth in order to gain more control over our time and possessions. It’s a two-part equation: wealth minus wants and needs. Not enough attention is given to the latter half. The easiest way to grow wealthier is learning to live with less, because living with less has a higher success rate than attempting to earn a fortune, and fortunes tend to push aspirations and desires higher anyway.

Source: “Take a simple idea and take it seriously” published in The Motley Fool.