You are Here > Home > Starting a business > Married or single: how to thrive as a female entrepreneur

Married or single: how to thrive as a female entrepreneur 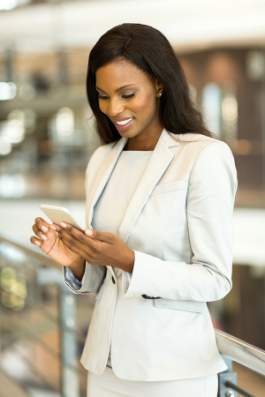 Recent research suggests that married women are more likely to be successful entrepreneurs than single women.

The assumption is that, because married women – or women with partners – have more financial support and help with family and household responsibilities, the pressure and demands of starting a business are easier to manage.

Yet, there are different challenges and different advantages for a female entrepreneur depending on whether she is married or single. How she manages and leverages these, respectively, will ultimately determine how successful she is in her career, says Joanne van der Walt, Sage Foundation Programme Manager for Africa.

According to The Hidden Factors: SA Women in Business research report, carried out by the Sage Foundation and Living Facts, 70% of women who had their own businesses are married or living with someone and this may provide support, financially or otherwise, while 28% of those without a business said their family commitments didn’t allow them to start their own companies.

“There are other possible reasons why women with partners may be more successful entrepreneurs. Juggling home and work life forces them to organise and prioritise and therefore achieve a better work-life balance. They’re also likely to be better at compromising and communication – two essential business skills,” says Van der Walt.

For Marylou Kneale, founder of Living Facts, women who have a supportive spouse or partner have a “built-in infrastructure” that they can rely on. “A supportive spouse or partner can provide emotional, financial, family, administrative and/or logistical support. Our research suggests that more women with partners/spouses are able to ride the ups and downs that come with having one’s own business than those who are single, because of this support network.”

A case for the single entrepreneur

Because of the massive demands that family places on their time and attention, married women might also feel guilty that they’re not devoting enough time to their businesses or their families – and that’s one area where single women have the upper hand (assuming, of course, that they’re not single mothers).

“With more time on their hands, single women can focus exclusively on marketing and growing their businesses. They also have more time for social activities, which means they’re often able to network more than married women or those with families. This allows them to make smart connections that could help to scale their businesses,” says Van der Walt.

Although single women don’t have the security of a second household income – and therefore have to be more frugal with their money and settle for beans on toast some nights – they do have more flexibility when it comes to taking risks because they don’t have to worry about the impact that risk will have on loved ones if it doesn’t go according to plan.

But there likely will come a time when the single entrepreneur will need support – especially if she’s a single mother.

“Single women have to work to build the ‘infrastructure’ that married women are able to rely on,” says Kneale. “This could be a financial advisor or financially astute colleague they can trust; an administration assistant and an au pair or family member to help with the family. These ‘supporters’ could be permanent or only called-on when needed. There could even be trade exchanges made – your services for someone else’s specialities. Not only will it spread the load the entrepreneur carries, but it also provides an emotional network of support when times are hard.”

Ultimately, married and single entrepreneurs are both after the same thing: to make a success of their new business ventures – and both might feel that there aren’t enough hours in the day or enough money in the bank to make it happen fast enough.

Kneale and Van der Walt offer a few ideas to help you free up some hours and cash:

Women – married or not – often don’t realise how much time and energy goes into starting and growing a business. It’s one of the reasons why many return to corporate life after giving entrepreneurship a shot. But if they know what to expect, they can plan ahead and lean on their support systems – or create them – for a better chance of success.

This post was based on a press release issued by Sage.

There’s been a lot of controversy and debate around the rules and regulations of the Unemployment Insurance Fund (UIF) since the beginning of the national lockdown. With more retrenchments and job losses looming, many people are wondering what their rights are and...

By Darren Britz, Admitted Attorney, and Laurence Mbokwane, Tax Consultant, at Tax Consulting SA Many South Africans who had to start working from home due to the national coronavirus lockdown imposed on businesses will not yet be able to claim home office expenses....