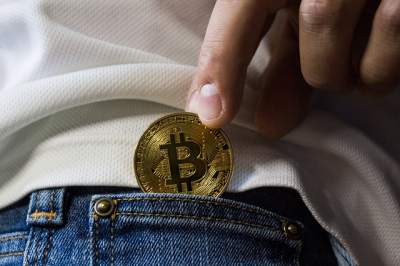 Although usually behind the global curve, South Africa seems to be keeping pace with the current Bitcoin trend. This is positive, as we are living in an increasingly digital world with it only being a matter of time before currency, too, becomes digital.

SARB has been the first of the two bodies to comment. Its view is that cryptocurrency does not fall within the ambit of their regulatory compliance. The Position Paper on Virtual Currencies 2014 is the last position paper issued by SARB on this topic and it has maintained that cryptocurrencies are Decentralised Convertible Virtual Currencies (DCVCs) which are not regarded as legal tender.

This does not mean that simply moving money in and out of South Africa for trading Bitcoin will be permitted. Certain requirements will still apply. Those who do not comply are likely to fall foul of the Reserve Bank (not necessarily today, but the likelihood is high in years to come) and will find themselves paying penalty upon penalty.

Particular consideration must be given to the eventual realisation of profits from trading Bitcoin and repatriation of those profits back to South Africa. How would one explain the availability of funds being brought into South Africa, without having notified the SARB of the initial capital being expatriated?

On the other side of the coin, SARS’ only commentary so far is to suggest that Bitcoin (and by extension, all cryptocurrencies) will be taxed following the rules of Capital Gains Tax (CGT). SARS is currently considering means of taking the anonymity out of Bitcoin to ensure those who purchase it pay their dues. This will potentially be a hurdle for SARS given that the appeal of Bitcoin is the freedom to trade without necessarily trading your name as well.

But this is not necessarily the issue at hand. SARS’ approach that Bitcoin should be taxed along the lines of CGT, raises a red flag. To put things into perspective, some background is necessary.

CGT, for the most part, applies to assets which are held and sold by taxpayers. Without going into too much detail, you buy a house, you sell the same house and you pay tax on any gain you make. Simple enough. However, what is the position when you buy and sell assets for a living? Like a car dealership for example?

Multiple court cases have contributed to the arguments on this issue. A notable extract from Elandsheuwel Farming (Edms) Bpk v SBI 1978 (1) SA 101 (A), 39 SATC 163 states: “…the question…turns on the further enquiry as to whether the sale amounted to the realisation of a capital asset or whether it was the sale of an asset in the course of carrying on a business or in pursuance of a profit-making scheme.”

And this appears to be where a difficulty will arise on the Bitcoin front. Traders in Bitcoin ‒ those who buy and sell it frequently as a means of generating profits ‒ should, if current tax principles are anything to go on, be subject to income tax on the money generated by trading Bitcoin. That means as much as 45% tax on Bitcoin earnings, depending on the trader’s marginal tax bracket. For those playing with big money and making sizeable gains, the figures start becoming concerning.

What if anonymity falls away?

Yes, SARS has not yet figured out how to trace Bitcoin transactions and yes, their position is currently that Bitcoin is subject to CGT, but what happens when they find a way and in doing so, discover those who trade Bitcoin as a means of generating an income? With recent cases determining that retrospective application of tax provisions is not unlawful, consider the implications and the penalties that SARS may impose. The thought is alarming.

Of course, defences may exist for an errant taxpayer who unwittingly fails to report their Bitcoin gains correctly ‒ if at all. Perhaps there will be no need for such defences in the future. Currently, the name of the game is speculation. Then again, so is trading Bitcoin.