Debt is a trap, no matter who you borrow from 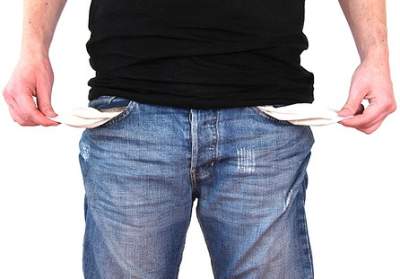 I recently wrote about readers who were complaining about loan shark tactics that got them trapped in a perpetual cycle of debt.

Since writing the article, I received several comments from readers who argued that the actions of some micro-lenders were no different, except that they were legally allowed to lend money to people who struggled to repay. They pointed to the allegations that Capitec was a loan shark and to the undesirable practice of rolling over loans which substantially increases the cost of the loan and keeps an individual in debt.

The bottom line is that short-term debt is expensive and can lead to the situation where you are caught in an ever- increasing cycle of debt.

Several readers who complained about loan sharks found that they were paying back 50% of the capital per month, just in interest. For example, if you borrowed R2 000 then at the end of the month you would owe the loan shark R1 000 plus the original R2 000. If you only paid the R1 000 interest and none of the capital, then the following month you would owe another R1 000 plus the original capital. If you continue this for six months and only then settle the original capital you borrowed, you will effectively have paid the loan shark R6 000 in interest plus R2 000 capital – so in six months you paid R8 000 to borrow R2 000.

The interest rates of registered lenders are regulated. For a short-term loan over one month, the interest rate is 5% per month. However, there are multiple charges that are added to this amount which significantly increases the amount you repay. This includes an initiation fee, service fee and credit life fee. Credit life fees were abused by some lenders but this has subsequently been regulated.

Assuming the lender charged the maximum allowed, which they usually do, if you had to borrow R2 000 for a month you would pay:

At the end of the month you would owe R479 (of which only R100 is interest) plus the original capital of R2 000. If, however, you can only pay the interest and charges and cannot settle the capital of R2 000, then the lender may issue a new loan so once again you incur all those charges again. If you continue to do this for six months before settling the loan, you would have paid R2 874 in interest and charges plus the R2 000 capital, coming to a total of R4 874.

While the charges on these loans are not as high as those of the loan sharks about whom we received complaints, it is clear that borrowing money in the short term can become very expensive, and if you are already so financially strapped to be borrowing from a micro-lender at maximum interest rates, what is the chance you will have enough money to ever fully settle that loan? Chances are it will be the start of a never-ending cycle of debt.

If you want to understand exactly what your current debt is costing you, take out your statements and add up all the charges and interest you pay in a month and then multiply that by how many months you have had the loan. The figure will probably shock you – and hopefully convince you that it is time to start settling those debts and not to see another loan as a way out of your financial difficulties.

Don’t give into temptation

Head of RD Debt Counselling Russell Dickerson warns that many of the people who end up in debt review are tempted into taking new loans once they start to repay their short-term loan. Russell explains that as soon as you make an installment, they offer you an increased credit limit. What you are not aware of is that this constitutes a new loan, and therefore new initiation fees are charged.