There is always a frenzy to devour and dissect Warren Buffett’s shareholder letter and extract the freshest pearls of wisdom. This year was no exception, even though the pickings seemed a bit slim. On more leisurely reading, says Steven Nathan, 10X Investment chief executive, some insights relate to the things he didn’t talk about. 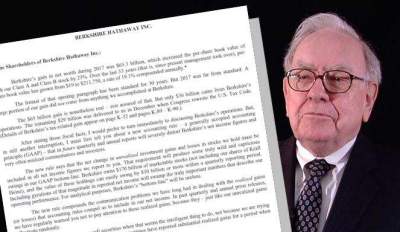 Some points bear repeating. In 2015, Buffett warned investors it’s their own behaviour that can make stock ownership risky. One such behaviour is “the payment of high and unnecessary fees to managers and advisors.”

In 2017, he reminded his readers that, unlike returns, “fees never sleep.” Or, as he put it in 2018, “Performance comes, performance goes. Fees never falter.” That message never gets old.

Nothing captures the long-term impact of compounding small percentages – as may be attributable to fees – as dramatically as Berkshire Hathaway’s own numbers. Since 1965, $100 dollars invested by the company would have grown to $1,1m, $100 invested in the share, to $2,4m. That’s twice as much, yet the return differential between the two is just 1.7% pa.

This message has still to reach the investment masses in South Africa. The majority still own high-cost actively managed funds; many people pay 2% more pa in fees than they should. Some claim that fees shouldn’t matter ‒ only the after-fee return matters. That’s all well and good with hindsight, but beforehand, investors are in the dark about their future return. The only thing they are guaranteed is the extent to which it will be reduced by fees.

The bottom line is that investors should control what they can. Essentially that is their own behaviour: their asset allocation and the fees they pay.

In 2007, Buffett wagered $1 million that a low-cost S&P 500 stock index fund would outperform a basket of hedge funds over a decade. His goal was to alert investors to his conviction that over time the markets “beat most investment professionals, however well-regarded and incentivised those ‘helpers’ may be.”

Buffett won his bet comfortably, long before the clock ran down. By 31 December 2017, the S&P500 index had returned 7.1% compounded annually, whereas the basket of hedge funds selected by the asset manager taking on the bet returned an average of just 2.2%.

If you can’t count on beating the market – and the odds are greatly against you – you might as well hop on for the ride, using a low-cost index fund.

Lesson 3: Define ‘risk’ as it is relevant to you

In Buffett’s words: “Investing is an activity in which consumption today is foregone in an attempt to allow greater consumption at a later date. ‘Risk’ is the possibility that this objective won’t be attained.”  In other words, don’t assess ‘risk’ in the context of how variable your returns may be in the short term, but whether they will be sufficient in the long term to meet your stated goal.

The former suggests that a portfolio dominated by stocks is riskier than one favouring bonds or cash. But over the long term, share market returns become both more reliable and more rewarding; missing out greatly increases the risk of missing your stated goal, such as an adequate retirement nest egg.

The lesson: measure your investment ‘risk’ by the likelihood that your asset mix won’t achieve your goal. Holding too much of your money in stable, low-return assets increases that risk.

Lesson 4: Too many decisions spoil the return

Steve Jobs famously wore the same style black turtleneck, blue jeans and sneakers every day. It became his trademark look. He did this because he preferred not to expend his energy deciding what to wear (some old pictures of him suggest he didn’t always get that right). Instead, he made one call that would serve him well every day.

It’s the same way that Buffett invests. His favourite holding period is “forever”. He buys stocks and businesses not for trading profits – which would require regular value assessments – but because he expects those investments to deliver an acceptable long-term return. So, he takes care to get that first decision right.

Buffett approached the hedge fund bet the same way. He made one simple call: to invest in a low-cost S&P500 index fund. The people in the 200-odd hedge funds he was effectively betting against made hundreds of decisions every day. The record shows it wasn’t to good effect.

The key, in Buffett’s own words, is to “stick with big, ‘easy’ decisions and eschew activity.” In other words, take a sound long-term view, and don’t allow yourself to get side-tracked by short-term mood swings, or chasing the latest investment fad or last year’s winning fund manager. It’s bound to be easier on your mind and your wallet.

Lesson 5: No winning streak lasts forever (not even Buffett’s)

No amount of studying past performance will tell you anything about future performance ‒ even if the winning track record has lasted for 40 years or more.

Who wouldn’t buy into that? Except that over the last nine years, $100 invested in BH would have grown to $307, and $100 invested in the S&P500 to $359, which is 17% more.  Even the Sage of Omaha can’t guarantee outperformance. Buffett hasn’t lost his nose for a good deal, but with BH’s enormous size, there just aren’t so many opportunities around to make a notable difference to its results, or at valuations he deems attractive.

Investment success breeds its own reversion to the mean. The serial winners tend to attract so much money that it becomes increasingly harder to maintain the record. No matter how impressive the past performance has been, at some point it will end. No one knows when, so don’t pick your fund manager using that as your main criterion.

At 16 pages, Buffett’s letter is a lot shorter than before. Partly, that’s a deliberate avoidance of repetitive information on the different business segments. And partly, we surmise, a growing realisation that this type of company-specific analysis is counter-productive.

Not only does it share excessive insight and information with competitors, it also encourages the wrong investor behaviour. An unintended consequence of his legendary returns and commentaries is the rise of the ‘Buffettology’ cult. Devout members study his every move and utterance, hoping to divine his investing secrets and emulate his stock-picking success. As tends to be the case in such matters, where there is belief, there is business. An industry has sprung up to feed the faithful, with even an annual pilgrimage to honour the high priest of investing.

Except that Buffet is not an advocate, except for his team. So his message is changing. Disappearing are the little stock-picking nuggets that have become the fodder of Buffettology, replaced instead by sensible advice on how to invest most profitably for the long term: choosing index funds over active managers, minimising costs, defining ‘risk’ in terms of the time horizon, sticking to the plan, trusting in the magic of compounding.

And that, surely, is the main lesson that armchair investors should take from his letters.