You are Here > My Investments > Beware Bitcoin scamsters 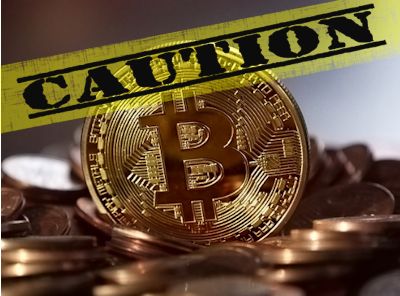 As the returns from Bitcoin and other cryptocurrencies hit stratospheric levels, scamsters have crawled out of the woodwork to take advantage, as the lure of big profits makes people less cautious and more willing to hand over their money without doing their homework.  Because most people are not fully aware of how cryptocurrencies work, it is easy for the fraudsters to use big words to sound authentic, with investors not having enough knowledge to ask more technical questions.

Richard de Sousa, partner at cryptocurrency exchange AltcoinTrader, says his company as well as other platforms like Luno have been used by unscrupulous individuals to con people out of their money in what de Sousa describes as a “man in the middle” scam.

He explains that a scamster will open an account with a legitimate exchange platform (the platform being the ‘man in the middle’) and then go onto Facebook to promote themselves as ‘Bitcoin or cryptocurrency traders’ and promise to double people’s money.

The potential investor, who has no idea who the individual is behind the Facebook post, is lured by the promise of returns and deposits the money into a bank account. Although this account is in fact with the exchange such as AltcoinTrader, once the money is deposited the scam artist converts it into Bitcoin which is highly mobile and can be transferred electronically anywhere. “They usually wait until they have around ten deposits and then they vanish,” says De Sousa who then has to handle the fallout when the victim wants their money back from AltcoinTrader.

The challenge in getting their money back lies in the very nature of Bitcoin. While every Bitcoin transaction can be traced, you cannot necessarily track the person. Unlike a bank account where the authorities could theoretically instruct the bank to seize the funds in the account, there is no such regulation in the virtual world of blockchain.

“When we receive a complaint from a victim we are able to provide the documentation we have and even the IP address and cellphone number. We co-operate fully with the police and in some cases the individual is arrested. If there are still funds in the account we will pay that out. But that does not happen often,” says De Sousa who adds that “blockchain and Bitcoin is at the same time the most transparent and yet anonymous way of doing business. We can track the address but can’t track beyond that. While we can watch the activity linked to that address, we cannot link it back to an individual.”

Da Sousa says that potential investors should know that there are only three legitimate exchanges operating in South Africa, namely AltcoinTrader, Luno and ICE3X. He says a legitimate exchange does not make promises about any returns. “No one can make promises about the future. People who invest in Bitcoin to make money are gambling. It is not a regulated sector,” says Da Sousa who adds that every day they receive a dozen phone calls from people asking how much money they can make out of Bitcoin. “My staff will tell you that we do not promise a return. All we do is convert rand to Bitcoin and back again. If it goes up or down you make or lose money, but that is not the reason for the exchange.”

So why should you buy Bitcoin if not to make a lot of money? Da Sousa says he built the platform to allow people to participate in the crypto world. He argues that Bitcoin is part of the revolution of the financial sector and that people who buy Bitcoin should believe in the future of the technology and not just the financial rewards. He believes that cryptocurrency, and Bitcoin specifically, is a way to diversify away from central bank controlled fiat currencies.

“Millions of people are dedicating their lives to Bitcoin, building a new technology to replace the corrupt and antiquated banking system.” He believes we will see a time when people will be able to live their lives only earning and spending Bitcoin. “Everyone should at least own some Bitcoin, even if it is to give to their grandkids.”

Whether you are buying cryptocurrencies because you believe in the technological revolution that they represent, or because you are hoping to make money, just be aware of the scamsters out there. It is not just the fake Facebook promises but also serious hacking attempts to get into your crypto account. Just as hackers attempt to get your banking information from sending phishing emails, so they are starting with phishing attempts on crypto accounts.

Know what you are doing, don’t get caught up in the hype and do your homework.

Despite the many investment scams that the South African public is falling for, in many cases the Financial Services Board (FSB) finds its hands tied when it comes to protecting the public.

Because these scamsters are not offering FSB-regulated products, and their ‘advisers’ are not registered with the FSB, they fall outside of its jurisdiction and become a case for the police to deal with. Even then it is difficult for an individual to bring a case of fraud as it is viewed as a civil matter between two individuals. Only if sufficient individuals bring a class action case, would SAPS get involved.

The FSB has amended its General Code of Conduct to curb the fraudulent use of Financial Service Provider (FSP) registration numbers. Some schemes were found to be using legitimate FSP registration details but not for the activities that they are registered for. It also makes it an offence to use a license in any marketing material for unauthorised business activities. The FSB is also clamping down on the ‘renting of key individuals’ concept where someone with the right credentials applies for the license but has no oversight of the actual business.

Caroline da Silva, deputy executive officer at the FSB, says another challenge is that a Ponzi scheme is only apparent when investors can no longer access their funds, and by then it is usually too late to recover their money as the scamsters have disappeared or spent the funds.

As a further preventative measure, the FSB is introducing a division which will scan adverts making promises of high returns and investigate the validity of these schemes. While the regulators try and keep abreast of fraudulent activity, the onus remains on individuals to be sensible and not to be taken in by ‘get rich quick’ schemes, because ultimately once the scamsters have disappeared with your money, there is little chance of you ever getting it back.