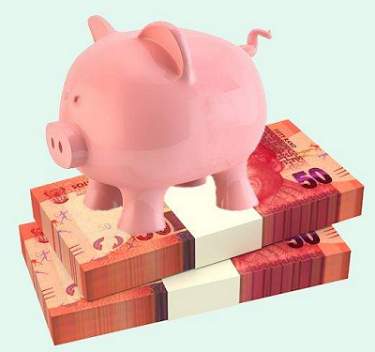 There is a misconception that deposits in bank accounts are guaranteed by government should the bank fail. The reality is that in South Africa there is no deposit insurance, although this is currently being reviewed by the South African Reserve Bank.

In a discussion document entitled “Designing a deposit insurance scheme for South Africa” the Reserve Bank explains that there are “currently no explicit arrangements in place to protect depositors in the event of a bank failure. In the past, government compensated depositors for their losses on a case-by-case basis, which meant that taxpayers had to bear the cost of the failure of individual commercial enterprises.” The failure of African Bank would be a case in point where government supported smaller depositors while larger institutions “took a haircut” and lost some of their deposits.

According to the document, government is less willing and able to pay for the cost of banks’ failures which means there is now uncertainty about “which depositors should be compensated in the event of a bank failure, the amount such compensation should be, and where the funding should come from.”

This means that savers will be more cautious about where they place their deposits, despite potentially higher interest rates offered by second-tier banks such as African Bank or mutual banks such as VBS which recently had to be placed under curatorship.

In order to bring more stability into the banking sector and to protect less financially sophisticated depositors in the case of a bank failure, National Treasury and SARB have agreed in principle to establish a Deposit Insurance Scheme (DIS). By providing certainty around the protection of depositor’s funds, there will be an opportunity for new banks to emerge and provide competition to the major banking sector and support financial inclusion.

According to the discussion document, a DIS “provides a mechanism to ensure a pre-planned, orderly and efficient provision of protection rather than an unprepared scrambling for funds, haphazard policy decisions made under pressure and/or disorderly and non-transparent compensation arrangements.”

The document compares good household financial management to that of managing the deposits of a bank. Just as an individual should make provision for the unexpected expenses or losses through having emergency savings and insurance, so “the financial system should also in good times put buffers and mechanisms in place to deal with unexpected costs, failures and disruptions.”

Based on the current proposals, the deposit insurance would only cover lower-value deposits of up to R100 000 and would not cover deposits by other banks or the non-bank private financial sector such as money market unit trusts, pension funds or fund managers. It would also not cover deposits by government including local, provincial and national government.