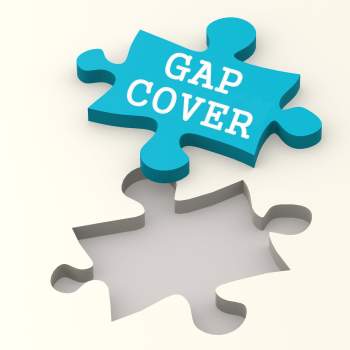 Sanlam and Absa have emerged as the top-ranked medical top-up ‒ often referred to as ‘gap cover’‒  providers in South Africa, according to the first ever ranking of these product providers, conducted by leading wealth and advisory firm GTC.

Sanlam was ranked as the leading provider of Gap cover for those under 60 years old, while Absa topped the list for provision to older individuals, in the inaugural GTC Gap Cover Survey.

Following on the popularity of the GTC annual medical aid survey – which has come to serve as a useful tool for companies, consumers and advisors in analysing and choosing appropriate medical aid plans – GTC aimed to create a similar ranking for the medical gap cover market.

“Unlike medical aids, where the relevant information is held and readily available via the Medical Schemes Council, there is currently no central database of providers or products, nor a way of objectively comparing the policies available in the gap cover market. We believe medical gap cover policies are likely to become increasingly important in the South African market, especially as medical aids continue to rein in expenditure, by reducing or limiting their level of cover, and as the government prepares to impose more restrictions on private healthcare insurance through the introduction of National Health Insurance,” says Jill Larkan, Head of Healthcare Consulting at GTC.

“Despite this, our survey has found that there has been relatively low take-up of these policies among medical aid members,” says Larkan.

No central registry of providers and options

Gap cover policies can only be taken out by existing members of medical aids, where there is a shortfall in the medical aid’s level of cover. These policies are still considered an insurance product, and as such there is no central registry with all providers and options available, as is the case with medical schemes.

“We included 20 providers of gap cover policies in our survey, offering 84 plans covering 18 different types of products focused on four core categories identified by GTC. These plans offer cover to approximately 550 000 families, representing a small portion of the potential medical aid market which has in excess of eight million members,” says Larkan.

She adds that the 2018 GTC Gap Cover Survey is by no means an exhaustive list of providers, but that it represents those best known to GTC, its clients and competitors. GTC invites other providers to contact them for inclusion in future surveys.

Larkan believes the relatively low level of take-up of gap cover can partially be attributed to the lack of standardisation, and resultant complexity in the market.

“Most providers attempt to differentiate their products to such an extent that it is difficult to compare like-with-like product offerings and then select a required level of cover that is appropriate.”

According to Larkan, there are also many people who have gap cover insurance but don’t make use of it: “Many members are aware of their monthly gap cover debit order but are unsure of the benefits provided by the policy and find the products too confusing to use, so they don’t claim from these policies.”

GTC’s survey has attempted to simplify the gap cover landscape by using core benefits provided by the majority of the plans. According to these core benefits, the survey rated the various plans based on:

“The most popular type of plan, according to the survey, is one which offers in-hospital gap cover, co-payment, oncology and sub-limit, to the level of 500% +,” says Larkan.

The plans were rated based on the level of benefits provided within these stated categories. In order to determine which plans performed best amongst the top-ranked ones, the survey identified which provider offered the best premium for different age groups and family sizes.

While gap cover may seem like a luxury, Larkan contends that it is the most cost-effective way of providing medical insurance, especially for emergencies or as protection against unplanned medical expenses beyond the limitations imposed by one’s medical aid.

“In addition to reducing cover, medical aids have limited their expenditure by promoting the use of network doctors and hospitals, for which they provide cover at their full medical scheme rate. However, one of the biggest additional medical expenses for families is the use of non-network medical practitioners when a preferred specialist’s practice is outside of the network,” she says. This is where gap cover is particularly useful.

“Some of the entry-level policies can be had for as little as R63 per month, which adds 200% of additional in-hospital cover to your medical insurance. Larkan also advises that it is beneficial to take up these products when one is younger, before being affected by an age-related increased premium.

Unlike medical aid schemes, these gap cover schemes can manage their risk by charging different rates for members of different ages. The survey demonstrates that older members have higher average claim levels than younger members.

“For example, younger families’ medical aid gaps are often more likely to be admissions to an emergency ward for procedures such as broken limbs, where these same medical aid members usually have to pay for this from their medical savings accounts, which can be depleted quite quickly,” she adds.

The survey also found that 25 plans offer a lump sum ranging from R5 500 to R50 000 for members diagnosed with cancer for the first time.

According to Larkan, National Treasury’s introduction of a maximum limitation of R150 000 per member per year for gap cover claims is not affecting the industry just yet.

“One of the survey participants noted that its highest single claim pay-out in 2016 was R122 584, which means that while R150 000 is still sufficient in these cases, this level will be breached in the foreseeable future.”

Larkan concludes: “Gap cover is likely to become an increasingly important tool for managing medical expenses, especially as medical aid schemes are reining in their level of cover. However, the industry urgently needs to make an effort to simplify its offerings and make it easier for consumers to navigate the market, before regulators force change upon the providers.

“We believe the 2018 GTC Gap Cover Survey is a first step towards standardising the multitude of options for medical aid members and consultants.”

GTC is a leading financial advisory business and is a licensed investment manager for both retirement funds and private clients in accordance with the Financial Services Board (FSB).