Understand the risks when dealing with a pawnbroker 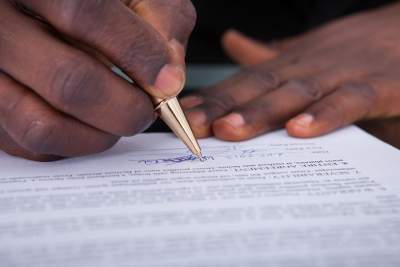 When his son was selected to attend a music competition in Europe, like any parent Malcolm (name changed at reader’s request) was prepared to do anything to make it happen.

Unable to get a loan to cover the cost of the air tickets, he and his wife approached a pawnbroker in Gauteng and gave his car, a double cab bakkie, as collateral. In October 2017 they borrowed R30 000 and the couple had to leave the vehicle and car registration papers with the pawnbroker.

The agreement was that they could either pay back the loan in full including R9 000 in fees and interest (R39 000) or pay R9 000 in interest per month until they could repay the loan capital. The couple paid the interest in November further extending the loan to 6 December, but at this stage the couple could not settle the full loan or pay the R9 000. “We were not able to raise the loan amount nor the interest. We were advised to make an appointment with the manager to negotiate reduced payments. We tried on several occasions to make appointments to no avail.”

As the couple could not meet the interest or loan payment, the pawnbroker informed them that the car would be sold, as per their loan agreement.

At first the manager refused to say where it had been sold, but after Malcolm insisted, he was given the address of where he could find the car. It had been sold to a car dealership and according to Malcolm, the new owner claimed he had bought the car from the pawnbroker for R85 000 and the dealer had it on show for R105 000. He was prepared to sell the car to Malcolm for between R95 000 and R100 000, as he had already done some minor repairs on the car.

The experience has left Malcom and his wife are in a state of depression and they are too embarrassed to even tell their children.

Malcolm took the case to the National Credit Regulator (NCR) but the news was not positive. The NCR could not rule on the agreement itself but only on any contravention of the National Credit Act (NCA). It found that the pawnbroker had charged excessive initiation fees of R4 500 rather than the maximum of R1 050 that can be charged. They had also charged storage fees which is not allowed under the NCA, which stipulates that any storage of assets used as collateral should be at the risk of the credit provider.

As a result an amount of R6 219.15 was refunded to the Malcolm, however he did not get his car back. The pawnbroker also claimed that the car had been sold to the dealer for R50 000 and not for the alleged R85 000. Possibly the dealer was also trying to make more money out of Malcolm by inflating the price he paid.

The only recourse open to Malcolm now is to take legal action, but this would be difficult as he agreed to the terms and conditions and that the car would be sold if payments were not made.

The NCR stated that “insofar as this complaint related to excessive cost of credit having been charged, the dispute has been resolved in that the credit provider refunded the amount of R6 219.15”. However, the Regulator added that “the existence of any other contraventions relating to the agreement in question is still being attended to by the NCR.”

The behaviour of this particular pawnbroker is suspicious as it is apparent from Malcolm’s experience that their entire business model is based on charging excessive initiation fees and unauthorised storage fees.

It appears that its modus operandi is to benefit from so-called “roll-over” loans where a new loan is issued each month if the loan is not settled in full. Under the current National Credit Act, a credit provider may issue a short-term loan at a rate of 5% per month – in this case the interest would be R1 500. In addition, a new initiation fee would be charged each month which under the Act could not exceed R1 050. Yet this pawnbroker was charging a new initiation fee of R4 500 each month which is against the law. It was also charging storage fees of around R1 500 which are not allowed under the NCA.

Had the pawnbroker charged the correct fees and interest, it is possible that Malcolm could have met these payments and not forfeited his car. Yet perhaps missing the payment is part of the business model as unscrupulous pawnbrokers are quick to sell your asset on your first missed payment. For the customer there is little recourse once they have done so.

When pawning an asset or borrowing money, you need to be very careful about who you are dealing with, understand the terms of the loan and the risk taken and also make sure you know the rules under the National Credit Act as to the fees that are allowed to be charged.