Helping your children to manage their money 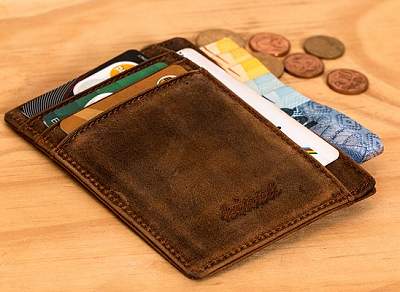 As a mom, my goal is to see my two children grow up to be independent and to stand on their own two feet. A big part of this journey is financial education. You can give your children the best academic education you can afford, but if they don’t manage their finances, there is a good chance you will be bailing them out at some stage.

I recently had a great opportunity to role-play financial life skills with my eldest son. Along the way I learnt a bit more about why we sometimes struggle to manage money.

My son is studying online this year so he decided to get a part-time job and for the first time in his life would be earning a regular income. As he is only 18 and still living at home, he was able to take this step with me acting as his safety net and guide.

The first step was opening a bank account. Although he had a kid’s saving account, he now needed more functionality. We discussed what his needs would be, how many transactions he was likely to make each month and then we did some research. We found the account that would best serve his needs at the best cost.

When he came home with his first payslip we went through it carefully. To be honest, even I found it impossible to fathom as there were annotations and abbreviations I couldn’t make sense of. I made him go to the HR department and get clarity on exactly what all the payments and deductions were for. This taught him that his salary is valuable and he needs to know exactly what he is paid, what is deducted and why.

Within the first two weeks of work, I picked up that he had a spending problem. He was working at a food retailer and everyday he would buy himself food and snacks – despite the fact that he took food to work. He was spending nearly half of what he was earning per day on junk food!

We calculated how much he was spending each day and extrapolated that for a monthly figure. We then compared that to his monthly income. While R40 a day didn’t seem like a lot of money to him, the monthly figure of R1 000 gave him a real wake-up call.

We calculated how much was reasonable to spend each day on a treat at work and how much he wanted to spend on other entertainment and mobile data. He discussed his short-term goals (spending money on a family holiday) and his longer-term goals (buying a car). The day his salary hit his account I made him transfer the savings allocation immediately, so that he could not spend it. I thought my job was done – but then I learnt that managing a bank card is not something we do automatically.

Managing money by returning to money

Despite having a budget, his spending continued at a rate and within two weeks the money was gone. Because he wasn’t keeping track he had incurred fees for declined card swipes (R8.50 a time!). Basically, he was struggling with the concept of money and keeping track of what he was spending. We now live in a cashless world and have stopped handling actual cash notes, replacing them with plastic cards and banking apps. What was clear from my son’s experience is that this just wasn’t working for him.

Despite having a banking app, he wasn’t checking the balances or keeping track of his money. So, he decided on a different strategy. He calculated how much he would spend each week and then drew the cash. He left his bank card at home and each day took just enough cash to spend that day. That created a spending discipline and also gave him a real sense of the value of money.

After two months of using cash, he felt confident to return to using his card and keeping track on his banking app. It is still early days but I have definitely seen a shift in his thinking. He is checking his balance and transactions frequently and he is taking more responsibility. He owed me some money for a purchase I had made on his behalf and he even transferred the money without a reminder (if you have kids you will know this is a major breakthrough!).

As a mom this has been a very interesting journey and I am so grateful to have this opportunity to guide my son and be a safety net as he takes baby steps into the real world. As parents we need to do this more often. We need to allow our children to engage with the real world while we still have their backs.  All too soon they will be making their own mistakes where the consequences will not be so benign.