Are banks treating our children fairly? 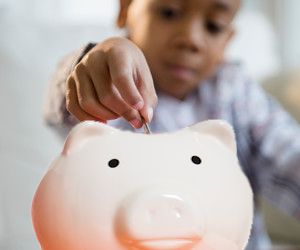 Major South African banks (Absa, Nedbank, Standard Bank and FNB) appear to have made improvements in recent years in their accounts targeted at children. They’ve scrapped the monthly admin fees and lowered or gotten rid of some transaction charges. And rightly so, because children don’t generally earn an income. So why should they be subject to bank charges?

Unfortunately, banks still charge our kids for the most basic of transactions, such as withdrawals and deposits ‒ and offer little in the way of interest.

When it comes to fees, there’s still some way to go to before they make their children’s bank accounts as competitive as those offered in the United Kingdom, for example. However, there are ways to reduce the fees and reap some extra benefits in the process. Here’s how:

Charges for basic transactions like ATM cash withdrawals and deposits seem to be very erratic. While some offer the first couple of transactions for free, others charge from the outset.

Nedbank offers four free withdrawals a month while Standard bank offers two. FNBy ends up being the costliest when it comes to ATM withdrawals at R9.50 for 5 withdrawals at R100 each (see table below), while Nedbank’s 4me is the most expensive at R20 per deposit regardless of whether you use an ATM or hand the money over at the branch.

Savings tip: Teach your children to take advantage of the free offerings and then stop them from transacting for the rest of the month. Don’t give them cash ‒ rather transfer money into their account. Online deposits are cheaper or free as most banks are encouraging people to transact online instead of queueing in banks.

If you just want an account to mess around with and to teach your child about the basics of banking, then pick whichever account best matches your child’s banking needs and behaviour. But if your child wants to see some growth, then open an FNBY account as it offers 6% interest for balances over R100.

Savings tip: Pay attention to when banks change their interest rates and charges. This happens in January for Nebank, Standard Bank and Absa, but FNB changes its rates in June. Back in 2014 Nedbank offered a more respectable interest rate of 2.5% for its 4me account, but this has now been slashed down to 1.75%. Still, this is better than Absa’s pitiful 0.15% and Standard Bank’s 0%.

If it’s a better rate that you’re after, then consider other products. Children’s bank accounts offer the same risk profile as money market accounts that offer between 4% and 8% interest.

Putting the fun into savings

Attempts have been made to gamify savings. For example, Standard Bank has a Kidz Banking app that teaches children how to save and manage their pocket money. Parents can use the app to turn chores into missions (with set time limits if you want them to move more snappily) before they get paid for them. If children send you payment requests you can choose to approve or reject them.

Savings tip: If your bank offers this type of functionality, use it to teach kids about money and savings.

Be aware of the restrictions

Some of the children’s bank accounts do have restricted access or require minimum balances. For example, you can only access up to 100% of your money after five days’ notice with an FNBy Savings Account and you need at least R20 in your Nedbank4me account.

Savings tip: Read the terms and conditions of these children’s bank accounts carefully and consider whether it suits your child’s money habits before committing. You don’t want to end up with charges or penalties for not adhering to rules. 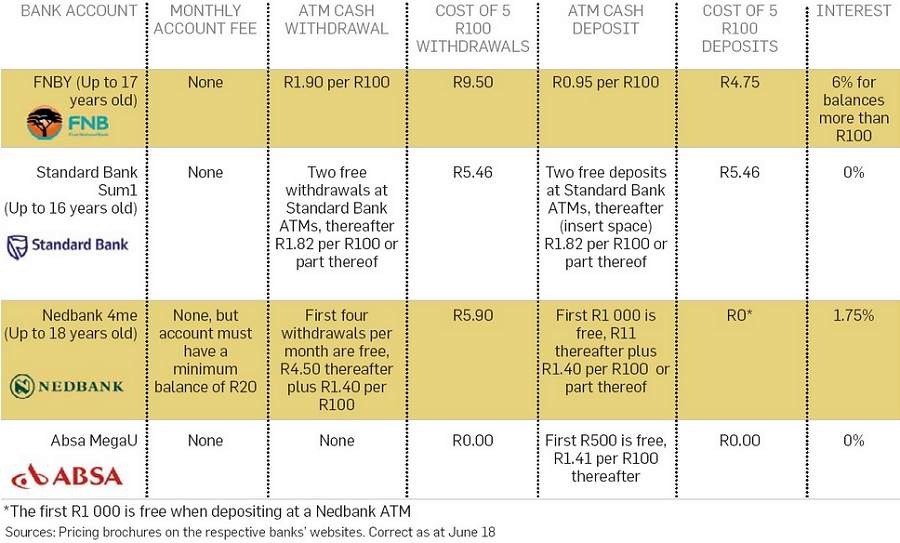 Five ways to get your child saving

Opening a bank account is the easy part. The hard part is teaching them to save and not blow their pocket money all at once. But there are strategies you can adopt to make it work: