What Retirement Benefits Counselling would mean to retirement fund members and the financial advice industry. 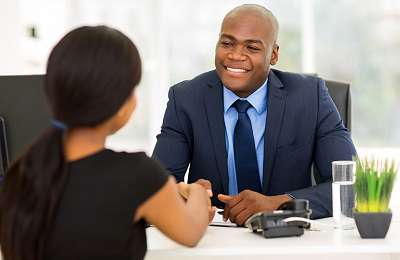 For years I have been calling on the retirement fund industry to provide financial education to their members. This is a multi-trillion-rand sector that has an extensive food chain which includes fund managers, asset consultants, retirement fund administrators and employee benefit consultants ‒ all effectively paid by the members’ contributions.

Yet we have a retirement crisis, with 92% of retirees having insufficient income on retirement and more than half unable to meet their monthly expenses. Clearly something needs to change, yet when I would raise the question at retirement fund conferences, I was told that members needed to seek independent financial advice and that it was not the role of the employee benefit consultancies to provide advice when members leave the fund.

As a result, we have an environment where employees build up their retirement benefit within the company fund with very little input or engagement on what they are invested in, or what it means to their retirement outcome. Yet when they change jobs or retire, if they want advice, they have to go into the retail market and find their own financial adviser. Not surprisingly this creates a motivation hurdle and most people don’t bother accessing advice, finding it easier to just cash in their retirement benefits.

Retirement counselling should have been seen as an integral part of a company retirement fund and implemented years ago.

In many cases the retirement fund balances are relatively small and may not attract the interest of professional financial planners, and, in other cases, the retiree may fall into the hands of incentive-driven advisers who sell them inappropriate high-free retirement vehicles.

Part of National Treasury’s retirement reform is aimed to remove this hurdle by providing default preservation and annuity options as well as the introduction of ‘Retirement Benefits Counselling’. Retirement benefits counselling requires “disclosure and explanation, in clear and understandable language” of the risks and costs of the options the member has.

It is disappointing that it took legislative changes for companies to take action, but last week Sanlam Employee Benefits become the first mover in this space, announcing that it would be offering retirement benefits counselling at no extra charge until 2020, at which point it will be reviewed.

The response to this announcement has revealed the various vested interests as well as a general distrust in the industry. As one can imagine, some financial advisers are not happy as they are concerned that this will affect their bread and butter – most financial advisory practices focus on post-retirement funds as that is the largest pot of money most salaried people will ever have.

Other reactions have centered around conflict of interest and that Sanlam could use its position to promote and sell its own products. As Jaco Pretorius, CEO of Ensimini Financial Services wrote this week “It is important to appreciate that the regulations do not aim to be prescriptive to the members of retirement funds but are aimed at ‘improving retirement outcomes. The format and content of retirement benefits counselling will evolve over time. Our main concern is that this should remain independent of any product provider.”

David Gluckman, head of special projects at Sanlam Employee Benefits, says that the details of how exactly Sanlam plans on executing and delivering counselling to members is still be developed but that it will be counselling and not advice. This means it will focus purely on issues relating to the retirement fund and what the various options and implications are regarding preservation, transfers, potential tax implications and annuitisation.  Gluckman says Sanlam will not actively call members but provide an inbound call centre for members who wish to receive counselling on their retirement funds. It will also not replace existing member call centres which handle administration or other support channels such as the consultant or HR.

“Rather it will provide information to members before making important decisions such as what are the options on withdrawal and retirement and what defaults or strategies have been approved by the trustees,” says Gluckman who adds that counsellors are salary earners without sales incentives, and no referrals to any financial advisers can be made without prior blessing from the trustees.

By receiving proper information about the consequences of their choices, more members are likely to preserve their funds or utilise the default annuity options rather than taking cash, which means the fund benefits by retaining the assets. The member has better retirement outcomes and the retirement fund provider makes more money from assets under management.

For those advisers who believe their practices will be negatively affected, we need a reality check as to how many people are currently using advisers. Those members who are getting independent advice are most likely to continue to do so. Retirement Benefits Counselling in all likelihood will become a safety net to those members who are not getting advice or don’t even have access to advice.