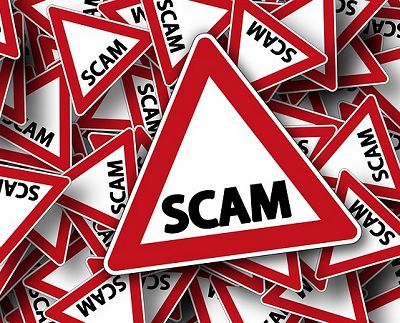 About a year ago I was having coffee with an acquaintance who works in the financial industry. He is knowledgeable and well informed, so I was surprised when he told me about this amazing forex fund that he had invested in which was making him a lot of money. The payout was due in a few months’ time and if the profits were to be believed, he was guaranteed 8% a month (100% in a year) return.

I immediately questioned the validity of the fund as I know that no forex investment can guarantee any return, let alone such high returns. I suspected that this was simply another of the many forex scams that seem to regularly pop up. He became a bit defensive and gave me a lot of reasons as to why the fund was able to deliver on its promises. He admitted that while he had a few doubts himself, he believed enough to put a bit of money in and see what happened.

As he is someone I believe to be financially sophisticated, I started to doubt myself. Maybe there was something I was missing in his logic. Yet my gut ‒ and experience of many years of writing about scams ‒  kept me suspicious. Nevertheless, I can see how someone else without my experience could have been caught up in the hype.

Because I was throwing cold water on his enthusiasm, he didn’t want to tell me the name of the investment fund, but I happened to bump into him recently, and discovered that the investment was indeed a scam. Whereas my acquaintance had lost only R20 000, he had friends who had lost their life’s savings.

When he told me the name of the fund I was shocked, as I had written about the fund, and had even reported it to the then Financial Services Board, who had investigated. I could have told him a year ago that he could kiss his money goodbye.

The moral of this story is that the same rules always apply – if it seems too good to be true, then it is. Fraudsters can come up with all sorts of smoke and mirrors and use all kinds of fancy jargon to pull the wool over even financially sophisticated people’s eyes. Don’t think that this time it is different – the only thing that’s different is the marketing story.

A reader wrote to us to warn of an investment scheme that is operating in Phuthaditjhaba QwaQwa Free State which is offering unrealistic returns. The Financial Sector Conduct Authority (FSCA) has forwarded the details to the National Consumer Commission (NCC) for investigation. The investment scheme is called FEEDR Africa and our reader became suspicious of the returns they claimed to provide. They were promising to quadruple your money after two months. For example, R2 000 investment would give you an R8 000 return. There is an upfront registration fee based on the amount you invest.