The knock-on effect of our squeezed pockets 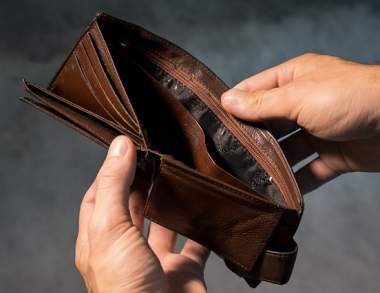 As I have been travelling away from home a fair amount this month, I filled up my car for the first time since the two price increases. I am writing this column as therapy to recover from the shock! My tank now costs me in excess of R1 000 to fill. Admittedly my fuel tank is 70L, but as I fill up on average twice a month, that is a lot of money.

I then pulled out my calculator and worked out that from 4 July it costs me R1.50 per kilometre in fuel alone. Driving to meetings now has real price tag!

But that has not been the only price shock recently. I still cannot work out how two packets of groceries cost me R1 000. And the price of butter! Don’t even get me started on that one.

And then there is the cost of eating out. This is something I do a little too often, partly due to my weekly date night, but I’ve also gotten a little too into the habit of taking my boys out for meals. As they are now adult size, their food usually ends up being the most expensive on the bill. I’ve been watching menu prices increase stratospherically and have been feeling a bit queasy at the end of the meal when the bill arrives.

So the time has now arrived when I need to be honest about how much we are really spending, and start enforcing the budget, which I have been a bit slack with recently.

In fact, there are quite a few conversations I am going to have to have with various service providers about what I can or cannot afford. The knock-on effect of me cutting back will have implications for many small businesses and this is essentially the problem with the economy. The price hikes felt by consumers will force further cutbacks, especially on non-essential items. Just as small businesses and even large retailers are feeling the pinch of their own input costs rising, their customers will be buying less. This is not good news for anyone, as retrenchments are likely to continue.

The new affordability rules will have a big impact on the approval of loans, but considering that these are fairly rational guidelines, the reality is that nearly half of the credit applicants could not actually afford the loans.

So we face a conundrum: we should cut back further, but this naturally has a negative effect on those services we cut back on. And some households are already cutting back as much as they can.

So we should look at alternative ways to generate income (and no ‒ I don’t mean Bitcoin!) but as everyone is cutting back it gets harder to sell your skills. A combination of some cutting back and some income generation could be sufficient to keep heads above water, but at the very least we need to start cutting back on debt. Paying interest and fees is the most unproductive spending we do! Just imagine how much easier it would be to cope with price pressures if you didn’t have those loan repayments each month.

So even as we feel the squeeze, make a determined effort to put a bit extra into those debt repayments each month and please don’t touch the credit card (unless it is pre-paid)!