Court case highlights the lack of rights for spousal claims when it comes to a living annuity.

UPDATE (13 May 2020): The Supreme Court of Appeal has recently overturned a previously publicised ruling that a living annuity cannot be taken into account for the purposes of determining the assets on divorce. Jenny Gordon, Head: Technical Advice: Investments, Product and Enablement at Alexander Forbes says that while the legal principle is sound, the practicalities of applying this to living annuity income is extremely difficult. This new ruling is still to be tested in court and, according to Gordon, “the matter must be remitted to the trial court for the admission of evidence on the value of the annuitant’s right to receive future payments in respect of the living annuities.” 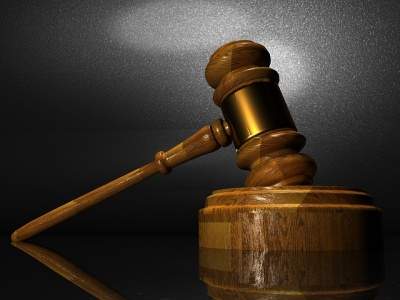 When it comes to retirement vehicles such as a provident fund, pension fund or retirement annuity, depending on the marriage regime, a spouse could have a claim to the funds on divorce. Based on the “clean break” principle, the nonmember ex-spouse could receive a lump-sum payment from the fund.

The court determined that as the living annuity is part of an insurance contract, the underlying capital value cannot be included as part of the annuitant’s accrual. In other words, the capital belongs to the insurer and not the annuitant.

While the spouse does not have a claim on the capital, he or she could have a maintenance claim on the monthly income from the annuity. However, according to Jenny Gordon, Head of Retail Legal at Alexander Forbes Retail, the problem with the court ruling is that while the annuity income can be used in the assessment of a maintenance claim in the case of divorce, “what is not clear is how this income is calculated since the annuitant can choose an income of between 2.5% and 17,5% of the capital.” This means that the annuitant could select the minimum income of 2.5% in order to avoid paying significant maintenance.

The court case also ruled that this payment from the income of the annuity can only be paid for as long as the annuitant is alive. On death, unlike a retirement fund which falls under the Pension Funds Act, the annuitant does not have to select the spouse as a beneficiary and could in fact leave all the funds to another individual if he or she chooses. If the annuitant has not selected a beneficiary, then the living annuity is paid to the estate.

“There is obviously a level of unfairness in the law at present,” says Gordon, who explains that during membership of a retirement fund, the law recognises the pension interest as being an asset in the estate of the member spouse for the purposes of divorce. However, as soon as the member exits the fund and buys a living annuity with the benefit, the other spouse loses those rights.

Gordon says industry organisations have made submissions to the Regulator for the law to be changed to recognise a way for the pension to be split between divorcing spouses after membership of the retirement fund has ended. Feedback on this is still awaited.