Are we managing our money better?

South African households appear to have a better handle on debt levels, but this could be at the expense of savings, especially for emergencies. 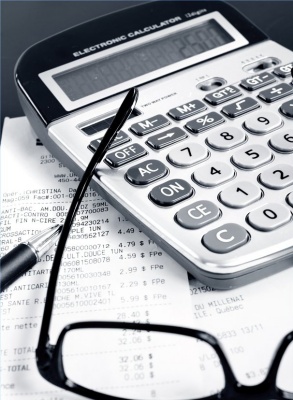 Despite headlines about the deteriorating state of consumer finances, the latest Old Mutual Savings and Investment Monitor finds that compared to two years ago, households are feeling far more optimistic and managing better with their debts.

Admittedly, the survey was conducted before the two fuel hikes in June and July, yet the positive trend seems well entrenched. The authors of the survey acknowledge that the mood and outlook of the working consumer improved along with political stability, but there is also real evidence that households, across all income levels, are getting a better handle on their debt which they have paid down to more manageable levels.

According to the research, consumers’ perceptions of their ability to manage their debt has improved steadily since 2016 and is now back to the levels seen in 2015 with the number of respondents who feel they can manage their debt levels well increasing from 69% to 75%.

Even lower-income households, who have the most trouble managing their debt, saw an improvement, with the number of households earning R6 000 or less who “have too much debt and are having trouble managing it” falling from 31% to 24%.

Although 41% of South African metro working households found (at least once) during the course of the year that their income did not cover their living costs, this was down significantly from the 57% recorded in 2016 and 52% recorded in 2017.

Much of this improvement in debt management could be attributed to the changes to the National Credit Act which introduced more stringent affordability measures in 2016. This has seen a significant reduction in the extension of credit, although it could also be a result of households coming to the end of their credit lines in general.

However, we have also seen a general awareness in households around their finances with a drop in the number of people who see themselves as spenders not savers, this reduced from 42% in 2016 to 20% in 2018. There is also a general improvement in the optimism about the future and the confidence in the South African economy.

But are we really that OK?

Getting control of one’s debt is a great indicator of financial improvement, but it belies some of the other issues which should raise concern. By all measures, South Africans are less prepared for emergencies and are saving less.

Respondents were asked how they would handle an unforeseen expense of R1 000, then R5 000, rising up to R100 000. Respondents were given the option to “bail” if they reached a monetary ceiling where they would be unable to either use existing savings, sell an asset or tap into a credit line to meet the amount. This year’s results found that “households are bailing a bit earlier, probably due to depleted savings levels.”

As can be seen from the table below, more than four out of every 10 households would not be able to handle an unexpected bill of R10 000, nearly three-quarters could not cover an emergency of R50 000 and over 80% would not manage an emergency of R100 000. These figures have worsened since 2016 which suggests we have tapped into our savings and credit lines to the extent that we are just one paycheque away from a disaster.

Half the individuals earning more than R40 000 per month would not cope with a R100 000 unexpected bill – which is less than three months of income.

At an overall level, there has been an increase in the proportion of household income that is taken up by consumption / living expenses which now makes up two-thirds of all our spending. This is at the expense of both savings and debt servicing, with savings falling from 15% to 14% and half of all households saying they are saving less than a year ago.

The report also notes that “belt tightening is everywhere and whilst the results indicate reduced ‘cutting out’ in some categories, we suggest that this is because people have already cut back as much as they can rather than being an indication of things easing up. The trend of trading down to cheaper brands has strengthened further.”

So, while it is good to see some improvement in the way households are feeling about their debt levels, we need to be very cognizant of the looming risks when households have depleted their emergency savings with nothing but the next paycheque protecting them from financial disaster.

The Old Mutual Savings and Investment Monitor is an annual study which was initially conducted twice a year. The inaugural measure was taken in 2009 and this July 2018 measure is the 13th installment to date. Each wave comprises of 1 000 interviews of working South Africans living in major metropolitan areas, and examines levels of savings and investment, as well as attitudes towards finances in general and savings in particular.