What the Debt Relief Bill means to consumers 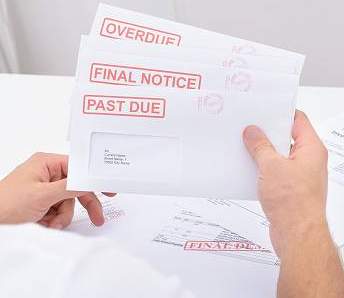 The National Credit Amendment Bill, which includes details around debt relief, was recently approved by the National Assembly, but it still has a while to go before it becomes law. The so-called “Debt Relief” Bill still needs to be sent to the National Council of Provinces for consideration and to be signed into law by the President.

What is important to understand is that this Bill is not going to automatically expunge debt. It is simply a mechanism to provide debt review at no charge to individuals earning less than R7 500 per month with unsecured debts of up to R50 000. The debt review process will be conducted by the National Credit Regulator and the National Consumer Tribunal and will be funded by government.

The concern with the proposed Bill is that it creates a false sense of hope for low-income consumers that their debts are going to suddenly disappear.

Firstly, the process is still a long way from being available to consumers, as only once the President has passed the Bill will the mechanisms be put in place by the National Credit Regulator (NCR), which could take several months. If a consumer stops paying their installments before applying for debt relief, the credit provider can take legal action. Once legal action has taken place, the consumer no longer qualifies for debt relief. So not paying your installments could see you disqualified automatically.

Furthermore, Lesiba Mashapa, company secretary at the NCR, says the same rules will apply as under the current debt review process. Under the new debt relief, low-income individuals who are deemed to be indebted (in other words, are unable to pay their debts on their current income) will have their debts restructured so that they can repay them over 60 months. Where appropriate, the interest rates will be reduced, even to zero in some cases. During the debt review process the individual may not access any further credit and this will be flagged on their credit records.

Mashapa says only in cases where the individual has no income will their agreements be suspended for 12 months, which can be extended for a further 12 months. If they have still not found work after 24 months, then the debt can be extinguished. If the debt is extinguished, this information will reflect on the credit bureaus.

Mashapa also warns that strong action will be taken against individuals who falsify information about their income in order to qualify for debt relief.

Taxpayers to foot the bill

A contentious issue in the proposed Bill is that the existing debt counselling network will not be utilised.  It has been recognized by the Department of Trade and Industry that it is unaffordable for debt counsellors to service low-income earners, however, a proposal by the Debt Counsellors Association of South Africa (DCASA)that credit providers subsidise these costs, allowing existing debt counsellors to process debt review for low-income earners, was rejected by the committee.

The current proposal is that government will be using its resources to increase funding to the NCR to provide new offices, staff and systems to cater for the estimated 1.7 million low-income earners that are over-indebted.

Mashapa says that the NCR has submitted a business plan to the Department of Trade and Industry which outlines the funding required, however he is not able to reveal the amount at this stage nor provide information as to how many staff will be employed or how they will access people in rural areas.

In its submission to the Committee, DCASA estimated that if the NCR was to process 500 000 applications over five years, it would need to process 8 333 applications a month. This would require a staff complement of 832 people in the first year year, at a cost of R97.8m, growing to 1 754 staff members in the fifth year at an annual budget of R213.8m. The growing staff complement would be necessary to meet the requirement to conduct an annual review of each consumer under debt review.

Paul Slot of DCASA says that the proposed debt relief will not have a negative impact on traditional debt counselling as this is a segment of the population that cannot afford to pay the required fees.

However, with subsidised funding, the debt counselling industry could facilitate the debt relief programme. “There is wide support for proposed debt relief to the poor at no cost, and debt counsellors requested a simplified process for low-income earners many years ago, but this was never forthcoming. The current view of the DTI Committee that debt counsellors do not want to be part of the solution is not true and was never discussed with debt counsellors,” says Slot.

Mashapa says that while he cannot comment on the committee’s decision to use the NCR and taxpayer funding, he did question why the credit industry had not made this proposal years ago. “Funding has never come from the industry, it has always been a government allocation. If the industry genuinely wanted to provide funding, it should have been done earlier. There is nothing stopping them from contributing funding to the NCR.”

The concern is that without significant funding and proper oversight, the debt relief programme under the NCR will ultimately fail consumers.

Will credit providers close the taps?

Lenders have already indicated that they will review their risks in lending to lower-income earners if they believe that debt will be extinguished. While assurances have been made that the extinguishing of debt would only be considered for individuals with no income, the actual Bill states that if a consumer cannot pay off the amount within 60 months, then the extinguishing of debt could be considered. There are also concerns that unless the process is followed correctly, consumers who do not qualify could have their debt extinguished.

According to the Banking Association of South Africa (BASA), considering this Bill will affect between 1.25 million and 3.2 million consumers with a total debt exposure of R8.8bn to R23bn of unsecured debt, “banks will have to seriously consider the risk implications posed by the Bill. This could lead to a contraction of credit and/or to an increase in the cost of credit.”

This could mean that low-income earners will have less access to credit. While this could be positive in dealing with the overindebtedness crisis, many households battling to make ends meet rely on access to credit. This could see a rise in illegal lending where loan sharks charge as much as 50% a month in interest and use illegal collection mechanisms such as holding bank cards and ID documents. The amended Bill makes strong reference to the prosecution of illegal money lenders, however the ability to investigate and take action is constrained by the limited resources at the National Credit Regulator.

BASA is concerned that the committee has not conducted an in-depth socio-economic impact assessment to understand what the impact of the Bill will be on the economy and society.