How to ask (strategically) for a raise

If you’ve worked hard and gone above and beyond for your employer, there’s no reason why you shouldn’t ask for a raise. But there’s timing and strategy involved. 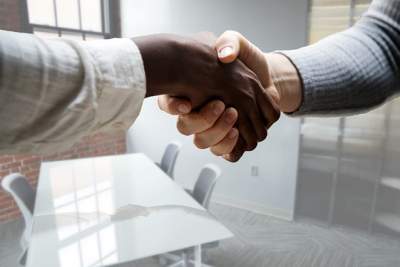 It is well known that there is a high rate of unemployment in South Africa, especially among the youth. With such statistics you’d be forgiven for feeling that you need to appreciate your job and current income. Asking for more would just be rocking the boat now, wouldn’t it? But if you’ve worked hard and you think you deserve it then there’s no reason why you shouldn’t ask for an increase.

Price hikes, increasing interest rates and other money concerns may make you want to rush out and ask for more money, but that would be the wrong thing to do. Asking for a raise is one of the most awkward conversations you can have, but here’s how you can ask for more money, strategically and without ruffling any feathers.

Research how much others in your industry are getting paid

It’s important to do your research before asking for a raise. What are other people of your level of expertise and age earning in your industry? Your employer will definitely be factoring this in when evaluating whether you need a raise. People generally keep salary information close to their chest but a new University of Cape Town (UCT) tool has simplified this process and will help you establish if your salary is too low. The income comparison tool has been developed by UCT’s Southern Africa Labour and Development Research Unit (SALDRU). With just a few clicks you can find out where you are in South Africa’s income distribution and how you compare to the rest of the population. SALDRU says the tool is intended for personal use and that it does not collect or save the information submitted.

Get your timing right

If things are busy at work or the company is letting people go and going through a financial slump, now may not be the best time to ask for a raise. “Don’t ask for a raise during an especially frantic time because your boss will be stressed out and distracted. Timing is important,” says Tanya Haffern, wealth coach and author.

On the other hand, if the company is doing well and/or going through an expansion, or you’ve personally been outperforming, then the timing is in your favour. “Do ask for a raise just after you have hit a target or achieved something extraordinary at work,” says Haffern. By asking for a raise just after you’ve ‘shot the lights out’ or been given more responsibility than what you previously had, you can demonstrate why you deserve an increase. You’ll find it harder to argue for one if you’ve just done your job.

Be professional and serious

The way in which you ask for a raise can be just as important as getting the timing right. You have to make sure that you come across as professional and serious. “Don’t ask for a raise via WhatsApp or email. Rather schedule an appointment and ask face to face. Make sure you dress the part for the meeting,” advises Haffern.

Few things are more nerve-wracking and intimidating than asking for more money from your boss. The last thing you want to do is come across as lacking in confidence. This is where practice makes perfect. “Prepare your increase request in advance. Ask friends or family if you can pitch it to them to help settle your nerves and to hone your speech,” says Haffern. “Don’t get emotional. Money is linked very closely to our feelings of self-worth so talking about it – or the lack thereof – can often trigger strong emotions. Stick to the facts, be calm, clear and confident. If you have worked hard, you deserve an increase.”

Get what you deserve

Unless you get exactly what you want, don’t accept the first offer that comes along. Some employers may expect you to come back with a counter offer but sadly many employees don’t feel comfortable enough to return to the negotiating table. But it’s vital to have a persuasive, well thought-out argument at hand as to why you deserve more than what they are offering. Just doing your job is not enough – make sure you’ve got examples ready that demonstrate where you are going above and beyond.