Is The Entertainer still value for money? 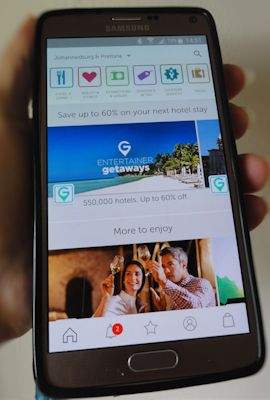 The Entertainer is an app that typically gives discounts on spa days and offers 2-for-1 deals on meals, but some consumers are complaining about the service, which demands an annual upfront payment to access these deals.

Complaints centre around deals not being upheld by merchants. Some owners of companies claim to have long ago removed their deals from the group buying site and even though consumers have updated their apps and believe they are viewing current information, the deals are not honoured.

One reader, who wanted to remain anonymous, said that she was disappointed with The Entertainer: “Value is not good if you are unable to redeem the deals. What I found is that some merchants are removing deals in certain months. As the restaurants have been a nightmare I thought I would use it at a spa. I remember seeing a spa deal so I thought I would use them in November / December when I was on leave. I called up the spa and they said they have removed their deals for November and December.”

However, Jenny Coulson marketing manager for The Entertainer SA said: “Deals don’t expire – a merchant signs on for a year and they have to honour their offers for the duration of that period, according to the contract they sign with us. Every now and then, though, a merchant’s ownership may change, or a new manager in a franchise comes on board who doesn’t understand what The Entertainer is, and we are not informed of the issue until a customer lets us know.”

Coulson assured that The Entertainer responds to complaints within 48 hours and advised: “We consistently educate our members to check their offers before visiting a merchant, as our app is a live system that is constantly being updated. For example, we add 100+ new merchants during the course of the year, and perhaps 10 are removed during the same period (due to them closing down, changing ownership, etc.). We are limited by the number of push notifications we can schedule, and don’t want to spam everyone vial email, so we fully encourage booking through the App.”

Arthur Goldstuck, managing director of World Wide Worx warns that group buying sites are not sustainable. “Group buying sites have their own demise built into the business model, although unintentionally. The major problem with such services is that they depend on retailers and other businesses offering discounts based on group pricing, with the intention of introducing new customers to a business through deep discounts.”

He points out that the strategy is to get the customers to know the product or service, and then to become regular customers. But this doesn’t happen and this is one of the reasons why merchants quit the service.

“The reality is that these customers become hooked, not on the new product or service, but on the deep discounts they get for these products or services. Consequently, the model does not create the loyalty and ongoing custom it implies, and the retailers are eventually disillusioned and pull out of similar offers. The end result is that the group buying site is constantly having to bring new retailers or providers on board to replace those that have been disappointed by the site or service as a marketing platform.”

Goldstuck advises consumers to think carefully before subscribing to such a service. “It only works if you are constantly working the system to extract value but, even then, you are spending money to save money ‒ continually. The best way to save money is not to spend it.”