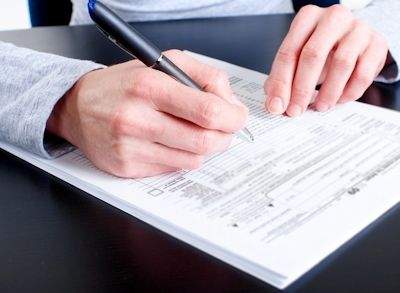 If you have an elderly parent who has been paying towards a life or funeral policy for many years but can no longer afford the premiums, it may make sense to take over the policy payments if you are the beneficiary. If the policyholder were to cancel the policy, they would effectively lose out from all those years that they had contributed towards the insurance policy. By continuing the policy, the beneficiary can ensure that the funeral costs are covered, or that the life policy pays out as the parent/relative intended.

However, in taking over the policy premium you need to make sure you follow the correct procedure. A recent ruling by the Ombudsman for Long-Term Insurance highlights some of the legal complexity.

In this particular case Ms M, a client of First Rand Life (administered by FNB) had a funeral policy for R30 000 which she had taken out in October 2011. The beneficiary was her niece Ms J. On 2 January 2017 the policy lapsed due to non-payment. The beneficiary Ms J telephoned First Rand to reinstate the policy on 4 January 2017 and continued to deposit money into her aunt’s bank account to cover the monthly premium.

The policyholder, Ms M passed away eight months later in August 2017 and Ms J claimed the benefit. However, First Rand declined the claim as Ms J had impersonated her aunt when she had reinstated the policy.

The beneficiary, Ms J, argued that she had telephoned because her aunt’s health was bad at the time and her aunt had requested her to telephone in the presence of family members.

As with most cases there are two ways of looking at the situation. From First Rand’s perspective they need to guard against fraud and beneficiaries taking advantage of a policyholder for their own benefit. From the family’s perspective, by pretending to be her aunt, Ms J was most likely simply avoiding an administrative nightmare of getting a power of attorney.

Fortunately for Ms J, the Ombud agreed with her position and took into account that her actions were reasonable and that the insurer had not been prejudiced as the policy had been in force and premiums had been paid.

In its ruling the Ombud stated that “it is accepted that Ms J transferred money to Ms M’s bank account to cover the premium amount so that the late Ms M could pay the premium.  In our view that cannot be used as a reason to decline the claim.  There is no legal principle preventing a beneficiary from funding the policyholder so that the policyholder can afford to pay premiums.  The policyholder may not have been able to afford them otherwise.  There is nothing in your policy, and it would in any event be an unusual and oppressive provision, that directs what the origin of the funds that the policyholder uses to pay premiums, has to be. The fact that the policyholder and the beneficiary arranged their affairs in such a way to benefit themselves is not in itself illegal or unfair.  It is not unusual for parties to organise commercial transactions in such a way that they may derive maximum advantage from their transactions”.

The Ombud went on to point out that this was a funeral policy to cover the funeral costs of Ms M rather than simply benefit Ms J as the beneficiary.

While the Ombud did rule in favour of the beneficiary, it still took time to find resolution and for the payment to be made. Ideally when taking over a policy, it is best to follow correct procedure.

According to Lee Bromfield, CEO of FNB Life, there is no rule stopping a beneficiary from paying money into the policyholder’s account to fund the premiums. The problem is that a third party is not permitted to amend a policy without the required authorisation. It is also illegal for any individual to pose as a policyholder in order to gain access to confidential information.

What are the options?

If a beneficiary wishes to continue the premium payments, there are several options: