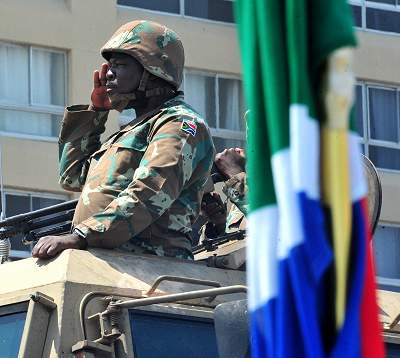 In his budget address on 20 February 2019, Finance Minister Tito Mboweni announced an early retirement scheme for public servants whereby members of the Government Employees Pension Fund could take early retirement from the fund without penalties.

According to the Public Service Early Retirement Framework, the offer for early retirement will commence on 1 April 2019 and run until 30 September 2019. At that time Treasury will assess whether there are sufficient resources to continue with the offer for the remaining two years of the Medium-Term Expenditure Framework.

The process to apply for early retirement is open to all public servants between the ages of 55 and 59. Employees in the Police, Correctional, Defence and Intelligence services will qualify in terms of their own legislation.

However, each application will be considered on its merits and it does not automatically mean you will qualify. Firstly, it is limited to 30 000 applications. These will be filtered based on skills, efficiency and personal circumstances.

According to the document, “skills are a priority requirement and therefore the skill set will be considered and these employees will not be allowed to leave.” This could affect members with critical skills including medical doctors, nurses, maths and science teachers, engineers and other professionals categorised under Occupation Specific Dispensation.

Efficiencies will be considered. In other words, the department will need to ensure they can “deliver services uninterrupted if they allow the employee to exit according to the post provisioning norms.” Personal circumstances and reasons from the application will also be considered.

The Framework document made it clear that this is not a retrenchment process but forms part of the Public Administration Reform initiatives “to bring about efficiency gains without job losses and to onboard unemployed youth who need to enter the job market, whilst balancing the needs of older employees who have been requesting to be allowed to leave without any penalties to their monthly pension.”

The early retirement scheme will cost government approximately R16 billion but will save around R20.3bn in the wage bill over the three years of the Medium-Term Expenditure Framework.