The fight against illegal debit orders

Why has it taken banks so long to take action against illegal debit orders? 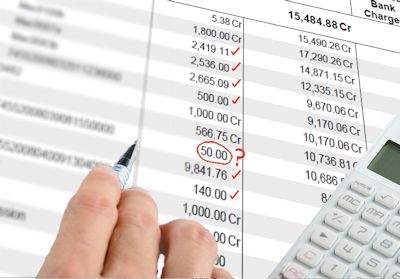 FNB recently issued a press release stating that it would reverse all debit orders and refund customers who have been victims of ProCall and Mzansi illegal debit orders. Absa Bank followed with its own statement adding that it will be taking criminal action against fraudsters.

This is in fact a move by the entire banking industry as part of an agreement with the Payments Association of South Africa (PASA). All banking customers affected by these two criminal syndicates will have the debit order reversed and all costs refunded.

While bank customers have welcomed the move, they have taken to social media to question why it has taken banks so long to deal with the issue of illegal debit orders.

Personally, I have been writing about dubious debit order tactics since 2007, starting with a company called Platinum Africa which was eventually suspended from the payment system. It took media pressure to get the payment system and banks to deal with the rogue company.

In 2014 I wrote an in-depth article on the practices of illegal debit orders and in an interview with PASA CEO Walter Volker was assured that 300 companies had already been removed and that all complaints were being investigated.

Last year the new DebiCheck system was introduced by PASA and is currently being rolled out to all banking customers. The system requires all debit order mandates to be verified by the customer.

Despite this the banks have seen a more aggressive approach taken by fraudsters, with Absa stating that, “Ahead of the full implementation of DebiCheck, fraudsters have increased their efforts to defraud as many banked customers as possible. The modus operandi is to put through debit orders for which they have no mandate, for amounts that will not trigger an SMS notification from banks.”

This has led to an industry-wide agreement to automatically reverse the debit orders of companies that the banks now believe to be fraudulent.

Dr Christoph Nieuwoudt, Chief Executive of FNB Consumer explains that the bank does not automatically have the right to reverse a debit order if it relates to a legal mandate between a customer and a supplier. However, given their recent investigation, it is clear that these companies are running illegal debit orders and the banks have every right to reverse the debit orders unilaterally.

Nieuwoudt says many of these so-called mandates were based on voice-recorded mandates where the customer allegedly agreed to the debit order. However, when FNB investigated they discovered that it was not the voice of the actual customer.

“We are also going back in time to all the debit orders that may have gone through and refunding customers for any charges incurred. We are establishing a precedent and feel very strongly about fixing the problem,” says Nieuwoudt who strongly denies that banks profit off reversed debit orders.

He argues that the lack of trust by customers, the closing of accounts to avoid debit orders and the actual cost of reversing the debit orders are all detrimental to the bank. “The economic cost is far higher than any fees. Moreover, if we are benefiting indirectly from fraud, that would be unethical.”

Nieuwoudt believes that the debit order system should be changed to have the same rules as credit cards. In the case of credit cards, if a customer is defrauded by a company or the goods and services are not delivered, the acquiring bank (the bank of the company) is liable for reversing the transaction and bears all costs.

This makes acquiring banks very careful about who they allow onto the credit card system. The same does not currently apply to banks. While the retail bank is carrying the costs of illegal debit orders and all the brand risk, the corporate arm is allowing them onto the system.

“As a group (FirstRand) we are going through the list of acquiring relationships to clean it up. This is a watershed moment. These are the discussions I am having. As a consumer bank we will not tolerate the abuse of our customers,” says Nieuwoudt.

A game-changer appears to be the use of banking apps to reverse the debit orders. Previously customers went to branches or call centres and the information was not as easily collected. The banking apps are making it easier to track the reversals and identify trends. Absa added that “a new risk-based approach to processing debit orders is being implemented, whereby the bank will use its analytics to proactively identify fraudsters based on their behaviour.”

If you have been a victim of these companies, you should see refunds shortly if not already. The challenge will be in reversing debit orders which were processed more than 40 days ago as these cannot be done automatically. If you have been a victim of any illegal debit orders, you need to take it up with your bank and to notify pasa at pasa@pasa.org.za

When are costs refunded?

The issue of being refunded for costs is not clear cut. Capitec explained that when a debit order is reversed the bank has no way of vetting whether or not it was a legal debit order as it was presented by another bank. However, Capitec refunds costs to the client where it has received an instruction from an external bank or PASA that collections were illegal/unauthorised.

Capitec adds that part of the challenge is the reversal of legal debit orders for cashflow purposes. “Some people do use the disputing mechanism to manage cash flow. We try and educate our clients that such behaviour will affect their credit rating,” says Charl Nel, head of communications.