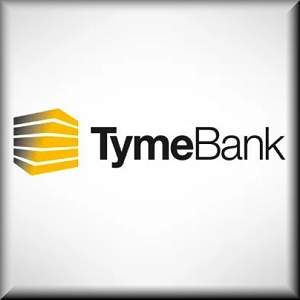 TymeBank recently had its official launch, and has already signed up over 80 000 customers. As South Africa’s first fully digital bank, it is what the industry calls a “digital disruptor”. Its only physical presence is at kiosks at PicknPay and Boxer stores where you can open an account, and make cash deposits or withdrawals at tills. The rest of your banking is done with a card and via the internet.

One of the key elements of a digital disruptor is that it drives down costs as it has no legacy systems or expensive branch networks to maintain. A TymeBank account has no monthly fees and many everyday banking transactions are free, such as card swipes and cash withdrawals at PickPay or Boxer tills. You pay R4 to deposit cash at a till and R2 for an EFT or debit order. Based on my personal banking behaviour, my bank fees would be around R22 per month.

Probably the most innovative feature of TymeBank is that you can open an account with just your fingerprint. No ID documents or utility bills are required. TymeBank’s ID verification system is linked directly to Home Affairs and they use information from the consumer profile bureau to confirm your address.

Responses on social media by TymeBank customers confirm that it takes only five minutes to receive your bank card. Some have, however, complained about support services. Cheslyn Jacobs, TymeBank’s Head of Sales and Service, acknowledged that the bank’s client acquisition strategy has been more successful than expected, creating some teething problems.

“We are ahead of where we expected to be with new customers. The aim of the soft launch was to identify and deal with the technical issues.”

They are in the process of increasing the number of ‘TymeBank Ambassadors’, as their support staff are called. As part of an initiative to reduce youth unemployment in South Africa, TymeBank Ambassodors are sourced from previously unemployed youth between the ages of 19 and 29.

Based on social media responses, TymeBank’s high interest rates seem to be a big attraction, with many customers saying they are using the bank for their saving goals. Customers can create and name up to ten different savings goals and transfer funds from their Everyday account into a GoalSave account in seconds. They earn as much as 6% interest from the day they start saving, 7% after 30 days and 9% after 90 days. After 90 days, if customers give 10 days’ notice, they can earn as much as 10% interest per annum on their savings.

While Jacobs says that this decision to reward the length of time you invest for is part of the bank’s drive to create a savings culture in South Africa, it is also the strategy of most banks to increase deposits above 30 days. Any deposits of over 30 days are considered of higher quality in terms of the Basel III banking requirements.

Unlike Capitec which changes a monthly fee of R5 but then pays a relatively high interest rate for their transactional account, TymeBank has no monthly fees but a zero interest rate on their Everyday account. You have to transfer your funds into a GoalSave account to make your money work for you.

The challenge for TymeBank is going to be getting those new customers who are attracted by the high savings interest rate, to use the bank for their primary transactional account, not just for saving. Many people are happy to open a new bank account to test it out, but they generally keep their existing transactional account until they are fully convinced to make the switch.

The retailer-linked bank has been tried before when over 15 years ago Nedbank opened their Go Banking account in conjunction with PicknPay. Despite being the cheapest bank account in the country by a long way, the initiative topped out at 90 000 customers.

The right time for a digital-only bank

Jacobs believes TymeBank is a very different offering. Firstly, it has no revenue streams to protect – effectively Go Banking was a competitor to Nedbank’s existing banking options. Secondly technology has moved a long way since then with banking apps making it far easier to run a digital bank without the need for branches.

Jacobs says the next roll-out will be in simple lending products. They will be using alternative data streams to assess risk rather than the traditional models used by the banks. This will include shopping behaviour collected with the Smart Shopper data.