Where to find the cheapest funeral cover 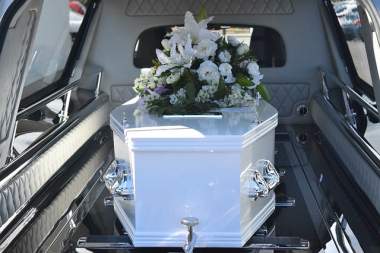 A reader asked about the pros and cons of taking out funeral cover through a burial home versus going directly through an insurance company.

Our research found that the pricing tends to be cheaper if you buy cover through an insurer because, in some cases, the burial home acts as the “middleman” and adds on a broker fee.

We also discovered that Capitec funeral cover was the best value, but it all depends on what you want from your cover.

The reader received a quote for a policy from a funeral home of R1 240 a month. The cover included:

BANK: Banks offer their customers funeral cover and, for this article, we looked at Capitec and FNB.

Capitec quoted R437 if she purchased it at a Capitec branch and R422 if she bought the cover through the Capitec app. FNB quoted R501, although we had to tweak the quote to fit its maximum cover of R15 000 per sibling by increasing the parents’ cover to R30 000 each.

By opting for her bank’s funeral cover, she could save about R800 a month, which she could put into an investment account or her child’s education fund. Even if she just saved that R800 in a bank account, she would have nearly R140 000 within 10 years’ time.

INSURER: Metropolitan quoted R822 for the same cover, but it offers a fully advised service, which includes the pricing of the funeral.

FUNERAL PROVIDER: Avbob quoted R850. If you have the funeral policy with them for more than 24 months and appoint them to conduct the funeral, they include a free basic funeral up to R11 000, a R2 500 cash benefit for expenses and free repatriation within South Africa.

Benefits of an adviser

According to Deidre Wolmarans, head of Life Event Solutions at MMI (Metropolitan), the benefit of having a Metropolitan adviser is that they look at the funeral plan in the context of your overall financial needs. The adviser will also give guidance on what the funeral would typically cost. For example, if you have a specific funeral in mind, the adviser would be able to price it for you to ensure you have enough cover.

“The client has a wish list of everything they want, and the adviser looks at the real cost. If the client cannot afford the cost and associated premium, items are removed,” says Wolmarans. The benefit of a wish list is that the next of kin or the person organising the funeral can be guided regarding the deceased’s wishes.

“For some people, this service is not relevant – they just leave money for the family to decide what to do. But others want to be in charge of their own funeral.”

Funeral homes also offer this service and you can purchase a funeral package rather than a payout. This covers the actual funeral rather than paying out a lump sum.

According to Mpho Rakgotho of Doves, they offer various funeral packages for cremations and burials, depending on the requirements of the client. This includes the choice of casket or any other funeral-related items. Repatriation of the body is a benefit that the client would need to add to their funeral package should they require it, but some of Doves’ funeral insurance products have the repatriation embedded as an additional benefit.

Rakgotho says: “In our experience with different markets, people would take out a cash policy as a top-up on an existing funeral package, or the cover would be taken out to contribute in the case of extended family members passing away. Having a funeral package gives you comfort in knowing that, when you pass away, Doves will take care of all the funeral details as they would have already been chosen, so it gives your family time to mourn the loss of a loved one.”

It is difficult to do a direct comparison with a funeral package as it would all depend on what was included and what type of casket was chosen. Rakgotho says a basic burial service plan starts at R143 a month.

What is clear is that premiums range significantly between both insurers and funeral homes, so it is worth doing some research.

Smaller funeral homes will outsource funeral cover to insurers, in which case they may be more expensive. This was possibly the case for the reader whose funeral quote came in at a far higher rate. For large funeral service providers like Avbob, which is a mutual assurance society, they may underwrite their own funeral policies, hence offer more attractive pricing.

Check what value-added services are offered so you know what you are paying for. For example, some policies, including those offered by Capitec, cover body repatriation within South Africa and neighboring countries, over and above the policy payout. Capitec also pays out double the cover in the case of an accidental death. Some policies may include these value-adds in the premium or they may charge extra.