Your retirement benefits may not end up where you plan 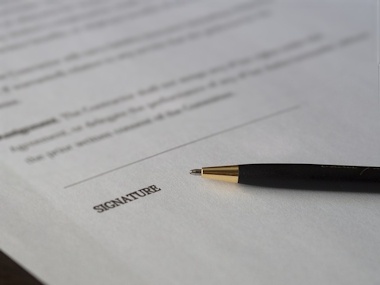 If you are formally employed you might have been required to join your company’s contracted retirement scheme, and they would have asked you to nominate a beneficiary for the proceeds in case you die before retirement. However, if you chose a beneficiary that is not your dependant then the chances are that the retirement fund trustees won’t honour your wishes.

This is according to David Knott, of Private Client Trust, a division of Private Client Holdings, who says that legislation surrounding retirement annuities, pensions, provident funds, and preservation funds favours dependants over other beneficiaries, and the fund trustees are then obliged to override your wishes if dependants exist.

“Dependants could be a spouse, children (biological, adopted or step), or anyone ‒ such as an ex or a parent ‒ who can prove that they were financially dependant on you.”

Things can get complicated

Knott highlights an example of when things can become complicated, delaying the payment of funds. “A man nominates his current wife as the beneficiary of his retirement benefits. When he dies the trustees find out that he had young children from a previous marriage. In this instance they would need to consider the claims of all claimants and call for evidence, looking at the financial situation of each claimant before deciding how to distribute the money.”

Any dependant should obviously come forward with their claim as soon as possible following death, but the law allows up to one year for claims to be considered. Because of this, unless it is easy to identify exactly who the claimants are, there can be delay in payments to needy claimants.

“If no dependants come forward and the deceased estate is solvent, the fund trustees will make payment over to the nominated beneficiary once they are satisfied that no claimants will come forward, or after the one-year period has lapsed. If the estate is insolvent, the trustees will first satisfy the estate shortfall with creditors being settled first. Any surplus would then be paid to the nominated beneficiary,” explains Knott.

Other things to keep in mind

If you don’t nominate a beneficiary, or the chosen beneficiary dies before you do, the fund trustees will pay the lump sum over into your estate.

A benefit payable to a minor may be paid to that child’s guardian or alternatively, if the sum is substantial, the trustees may elect to pay to a trust created for the benefit of that minor.

A benefit owed to a dependant may either be paid as a lump sum (after deduction of any tax payable) or can be used to purchase an annuity for the benefit of that dependant.

“You should always consult with the Human Resources manager within your organisation and your financial adviser or wealth manager to ensure that the beneficiary you nominate for your retirement benefits does not create any unexpected consequences after death,” concludes Knott.

This article was based on a press release issued on behalf of Private Client Trust.

Video: Review your will

Last week was National Wills Week, which is always a great reminder to review your will. If you don’t have one, make sure you prioritise this immediately. To find out more about what should be in your will and what makes a will valid, I am speaking to Monica Moodley,...