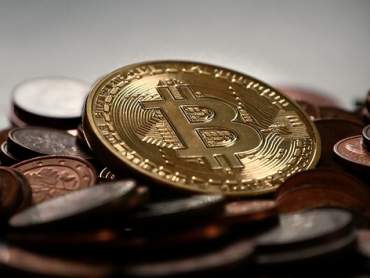 With the collapse of Bitcoin from over R250 000 to around R70 000 today, the hype around cryptocurrencies has largely died down. It usually takes a wipeout for people to understand exactly what is meant by a risky investment.

However, pundits argue that there is a future for cryptocurrencies and now that much of the speculative activity has been removed from the crypto markets, it could be the time to start putting a bit of FOMO (fear of missing out) money into this investment space.

One of the challenges with cryptocurrencies is which one to bet on. While Bitcoin is the most well known, there are in fact over 1 600 available with names like Ethereum, Ripple and Bitcoin cash being some of the more familiar.

Revix is a new digital-assets platform whose aim is to create an ETF-like investment structure for cryptocurrencies. It has been created by fintech entrepreneurs Sean Sanders and Louis Buys, who have put together a bundle of the top ten most-traded cryptocurrencies which effectively make up 80% of the cryptocurrency market.

Sanders says the benefit of following a bundled approach is that it reduces risk through diversification. Also, it is interesting to note that between 1 January 2016 and 31 December 2018 the Revix Top 10 Bundle would have outperformed an investment in bitcoin alone by 109% on an annualized basis. Diversification also provides some protection from the failure of a single cryptocurrency. As an investor you still own the actual cryptocurrency but Revix offers a full custody solution to keep the assets safe.

Buys says that as they are able to purchase cryptocurrencies across global platforms they source the best prices. Revix uses proprietary technology to plug into global exchanges, with a smart pricing algorithm seeking out the best available pricing for investors on reputable exchanges.

“Typically, by connecting with global, liquid markets and using technology, we can get better prices than what has otherwise been available to local investors,” adds Buys.

Revix has been funded by JSE-listed investment group Sabvest which does provide some peace of mind to investors who are wary of investing on virtual platforms. Although cryptocurrencies are currently unregulated, Sanders says they have engaged with regulators and will ensure that their product complies with any future regulatory changes.

This, however, remains a high-risk investment as cryptocurrencies are extremely volatile and currently driven by sentiment rather than fundamental factors. Any money invested should be considered “burn money” and this is certainly not the place for your kids’ education fund.

The minimum investment is R500 and can be made on their web-based platform. Android and iOS apps are still in development. The platform uses images of your ID or passport and selfies to verify your identity.

The fees are as follows:

There are no performance fees and no storage fees