You are Here > Home > My Retirement > GEPF benefits are guaranteed 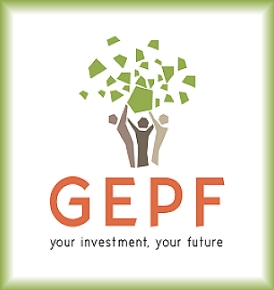 I recently attended a briefing by Abel Sithole, the Principle Executive Officer of the Government Employees’ Pension Fund (GEPF), on the state of the fund’s finances.

What occurred to me during the discussion was how much better off GEPF pensioners (and those GEPF members about to retire) have been than investors in living annuities or company pensions.

What many members do not fully understand is that the GEPF is a defined benefit fund. This means the pension received by members has nothing to do with the investment performance of the fund. It relates purely to the number of years of service, your average salary in the last two years multiplied by the accrual rate. The accrual rate is defined under the law the governs the GEPF.

What this means is that irrespective of the performance of the markets or individual investments within the GEPF, a member on retirement gets their guaranteed pension whether the fund value rose or fell in the years before retirement.

This is completely different from a defined contribution company retirement fund or a retirement annuity. Over the last three years the markets have performed poorly, and pension fund members would have experienced little to no growth in their pension fund. Yet for members of the GEPF, their pension is still determined by years of service and salary.

What is concerning is that some GEPF members have been convinced by financial advisers to resign before retirement so that they can place their funds in a market-linked pension preservation fund. Scare tactics like the risk to the GEPF member of poorly performing funds, such as the huge losses in Steinhoff shares, have partly driven this behaviour. Members have also opted for this route as they believe this is a way to leave some money to their beneficiaries, as a preservation fund can be converted to a living annuity. Living annuities are market linked and any fund value at the time of death can be left to beneficiaries.

The GEPF guarantees an annual pension increase each year of 75% of inflation, however since 1996 it has paid an annual increase in line with or slightly higher than inflation. This is largely due to market performance which allows the fund to provide additional benefits.

In comparison, investors in market-linked living annuities have had an extremely poor experience since 2015 when the markets have provided close to zero returns. With living annuities, retirees rely on market performance to provide a sustainable income, so when they experience poor market returns, they may be forced to draw on their capital to meet their income needs rather than use the growth in the fund.

Who pays for poor investment returns?

Considering that pension values of GEPF members are not impacted by the fund performance, why should it matter? Poor performance has a negative impact on government and ultimately the taxpayer. As Sithole said, “the Steinhoff crisis kept me awake at night and it kept Treasury awake at night, but it shouldn’t keep the member awake.”

Sithole says South Africa is one of the few countries where the state pension is guaranteed by government and it cannot be reduced. Unlike countries in Europe and the UK, where the government reduces the state pension when it runs out of money, the government is required by law to honour retirement benefits. This means government must pay the balance of the cost of the retirement benefits. Bad investment decisions will mean that government must take money from other vital areas of spending to make up for any shortfall in the GEPF.

In 1996 government inherited a bankrupt GEPF which only had enough money to pay out 72c for every R1 owed to members. This was due to bad management by the previous government which had used the GEPF to try and prop up the South African economy when international funding dried up due to apartheid. The result was that government had to fund the shortfall through taxes.

Through proper investment management and stronger stock market returns, in 2004 the GEPF reached 100% funding level of liabilities. This means it has been able to meet its obligations through fund performance alone. Currently the GEPF has 108% funding level or R1.08 of value for every R1 of member benefits.

The concern is that this rate has been falling, being closer to R1.20 per R1 of benefits in 2012. This is mostly due to poor market returns as well as a rise in resignations in 2015. However, there was enough of a buffer in the fund to still meet its obligations and not require funding from government.

Why are people worried?

What is of more concern is that the longer-term funding for GEPF liabilities has dropped significantly. If one looks at the next 30 years, based on current assumptions, the funding level will fall to 75.5%. In other words, the funding level over the long-term is 75c for every R1 of liability. This could be a potential problem for government who would have to fund this shortfall if the levels do not recover.

Sithole explains that in calculating the minimum and long-term funding levels, various factors are considered. These include the probability of members leaving the fund, the age on leaving the fund as well as family statistics and gender.  On the financial side they consider market returns, future salary increases, promotional salary increases as well as future pension increases.

Any changes in the assumptions around these factors could change the outlook. Better-than-expected investment returns would have a positive impact. Sithole says certain factors have put pressure on the fund such as longevity. The average age expectancy of the GEPF is 19 years post-retirement. If members live an extra five years, that means the fund is paying out for a longer period of time, increasing the funding requirements.

Sithole says another challenge is that government has been contributing at a lower rate and at some stage will need to increase its contribution. Given the tight national budget at the moment, government will not be prioritising this as long as the GEPF current funding level remains well above 100%. Sithole says more moderate salary increases could also help stabilise the long-term funding level. Finally, GEPF may need to review the above-inflation increases it is currently providing to its pensioners.

Leaving a legacy and securing your income

Most parents have a dream of leaving a legacy for their children when they pass away. They hope they can do this with their retirement fund. The reality is that most people have insufficient retirement benefits to meet their income needs for their retirement, considering we are likely to live at least 20 years after retirement. If, however, you have enough income from your GEPF pension to meet your needs, then you could consider using the lump sum portion, which is also available as part of your retirement package, for your children.

You could invest this amount and if you do not require it for your income needs, you can leave it to your beneficiaries. Keep in mind that you can donate R100 000 a year to your children without paying donations tax. For example, if you received R500 000 as your lump sum benefit and invested it for twenty years with an average return of 6% above inflation, it would be worth R1.6 million in today’s value.