You are Here > Home > My Investments > Is now the time to start investing?

Is now the time to start investing?

The worst type of investing is trying to time the market. 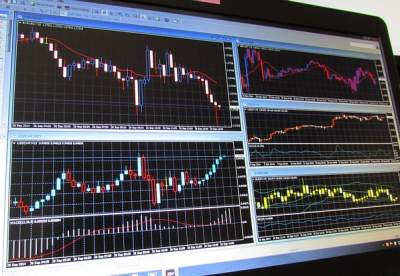 According to research done by investment research house Morningstar, more than half of the money that flowed into South African investment funds last year went to low-risk fixed-income funds. This is no doubt due to the recent dismal performance of the JSE.

Nearly R30bn went into interest-bearing short-term funds as investors sought refuge after a bleak 2018 which saw the market lose 8.5%. Yet, at the time of writing, the JSE All Share Index was up just over 8% since the beginning of the year. While not quite at the peak of early 2018, it is not far off.

Those investors who panicked and sold out when the market fell to its lowest point around October last year locked in their losses and then lost out on the recovery.

Value to be found in the SA market

Many of these investors ignored fund managers who in the last few months have been arguing that the South African market offers more value now than in the last ten years. Investec Asset Management is the most bullish, predicting the market will return 15% per annum for the next five years. While that will not be in a neat straight line, it does suggest that investors would effectively double their money in the next five years.

Old Mutual Investment Group is predicting 5.5% above inflation – at an inflation rate of 5%, that would be a return of just over 10% per annum. PSG Wealth believes that many of South Africa’s household names are trading well below their long-term price-to-book ratio.

Many of these large institutional investors are starting to buy up local equities, which is in part driving up the share prices. The good news is that as these are local investors, they tend to be more sustainable than the short-term buying and selling that is typical of foreign investors. This suggests that the JSE has some long-term buying support.

If you had invested R100 000 into the market in January 2007 (using the JSE All Share Index for return purposes) and remained invested right through the market crash in 2007/8 until December 2018, your investment would be worth R300 353. In other words, your money would have tripled despite the worst market crash in nearly 100 years.

If you had withdrawn the funds after the crash and then re-invested a year later, your return would be only R219 629. If you had left your money in cash after the crash, it would only be worth R148 282.

Trying to time the market by only investing when the recovery is well underway guarantees that you will miss out on some of the best returns. This is because stock markets don’t go up in a neat straight line. Most of the returns in a year are made in just a few good trading days.

Old Mutual argues that based on the returns over the last 89 years, equities remain the best provider of long-term returns. Over that time period, the long-term average of the South African equity market has been 13.8% a year, SA Bonds has been 7.8% a year and SA cash 6.9%. In comparison inflation has been 6%. That means cash barely beat inflation while equities provided a return more than double inflation.

If you are saving towards retirement over 15 to 40 years, a high equity exposure is a necessity to keep ahead of inflation. But if you are investing for the short term ‒ less than five years ‒ then equities do become risky.

Based on research by both Old Mutual and Morningstar, the probability of negative returns from the equity market over one day is 44% ‒ that means if you only invest for a day, there is a very high chance you may lose money.

But over a year that probability falls to 20%. Over three years the chance of your investment being less than you invested drops to 6% and over a five-year period the probability is zero. In other words, at no point in the JSE history has anyone lost money in the market if they remained invested for five years. That is why equities is the right choice for longer-term investing.

While fund managers are more positive on SA equities due to improved valuations, any long-term investment portfolio should have offshore exposure. While SA equities have actually outperformed global equities on average over the last 94 years, this is because South Africa has a higher risk rating. The higher the risk, the higher the return should be to compensate. A diversified portfolio with offshore exposure would lower the risk of your investment. According to Old Mutual “investing globally remains a powerful source of diversification and risk reduction.”

If you are looking to invest with some diversification, most multi-asset, high-equity unit trust funds have both local and offshore exposure as well as exposure to listed property, bonds and cash. Alternatively, you can invest in exchange-traded funds but split your investments between a local and a global index.

Keep in mind that the best returns are delivered if you leave it to grow. It is a lot like baking a cake – if you keep opening the oven to check on it, your cake is going to flop.