No more pension “debt” on divorce

The long-awaited amendment to the Government Employees Pension Law dealing with divorce debt has been signed into law. 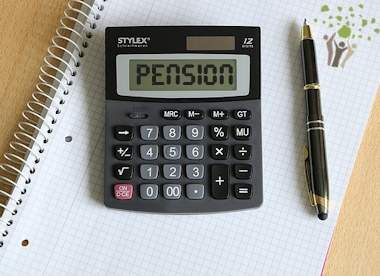 With very little fanfare, a very important piece of legislation was put into effect regarding the calculation of divorce benefits for members of the Government Employee Pension Fund (GEPF).

The long-awaited amendment will remove the “pension debt” that is accrued when a member pays out a portion of their pension benefit to their former spouse on divorce. The clean break principle applies where a divorce agreement allows for the non-member spouse to receive a portion of the member’s pension fund. Currently, the way the pension withdrawal is calculated uses the concept of debt and interest in the apportionment of pension benefits on divorce. This means that members effectively have a “debt” owing on their pension fund.

This created a situation where members could find themselves owing money to GEPF on their retirement. This happened to a City Press reader who divorced in 2012 after the introduction of the clean break principle. After 41 years of service he would owe well over R2 million to the fund. This included the original payment to his spouse of R1.3 million, plus interest that is charge on this ‘debt’. As he wrote in his letter to City Press, “My total pension is only worth R1.4 million. That would leave me in debt to the sum of over R700 000 and my only ‘crime’ was to get divorced.”

The amendment to the Government Employees Pension (GEP) Law now means that rather than creating a debt, there is an adjustment to the member’s service following payment of a divorce settlement by the fund. According to the amended section 24A of the GEP Law, “the benefit that is subsequently payable to the member shall, as provided in the rules, be decreased by reducing the member’s years of pensionable service to take into account the pension interest of the member which was assigned to any former spouse of the member.”

The amendment also allows for members who have already paid out pension benefits to their former spouse to opt for the new calculation. Affected members have 12 months from the commencement of the amendment (23 May 2019) to notify the Fund whether they wish to remain with the previous calculation in terms of the divorce debt, or change to the new calculation where there would be a reduction in service. If the member does not notify the fund, the new rules will apply. A member may also select to buy back those years of service by either paying in immediately or increasing their monthly contributions.

According to a GEPF spokesperson, the gazetting of the rule and law amendment will happen in July and come into effect from 1 August 2019. All divorced employees will be contacted and will be provided with a calculation explaining the two options to help them make an informed decision. Affected employees have until 22 May 2020 to make a decision, after which the new calculation will apply.

Listen: How to decide on the right retirement village

We all go through the aging process, and one of the big decisions we have to make ‒ for ourselves or for our parents ‒ is whether (and when!) to downsize and move into a retirement village. This is not an easy decision and can be further complicated by the different...