Why motor insurance claims are disputed 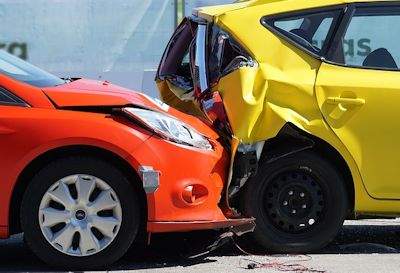 When the Ombudsman for Short-Term Insurance (OSTI) released its annual report recently, it was unsurprising that complaints around motor vehicle insurance are the most common, at over 48%.

Of these complaints, 18% of motor vehicle insurance disputes were resolved in favour of the insured and a total of R53 641 058 was ordered to be paid out.

We spoke to Ayanda Mazwi, Senior Assistant Ombudsman, to understand why motor insurance is so contentious.

Mazwi said the majority of the complaints related to accidental damage and specifically the amount offered for the settlement of claims. In cases where a car is a write-off, the insurer will pay out the insured value of the car, and it is this insured value that is often in dispute.

Three options for valuing a vehicle

Mazwi said there are three values that you can use when insuring your vehicle – retail value, market value or  trade value. These all have different premium ratings and the cheaper your cover, the more likely it is that you are insured at the lower value.

Retail value is the amount that the car is likely to retail at – in other words the price you would pay to buy it. Mazwi says this is calculated using the Auto Dealers’ guide. The guide is an average guide to the retail price of the car, which means the same car could be on the market at a higher price. As this is the maximum amount you could be paid out for a car, premiums for insurance at retail value would be higher than if you insured at market value.

Market value is the lowest amount your car can be valued at. This is again based on the Auto Dealers’ guide and is usually the amount a dealer would pay for the car – not how much it would retail for.

Finally, there is the trade price which is between the market price and retail price and is usually how much you would be paid for a trade-in.

Mazwi says often during the sales process of the insurance policy, the car owner wants to get the lowest possible premium and therefore selects market value. However, when their car is written off in an accident, they then question why they have been paid out an amount which is too low for them to replace the vehicle.

In some cases, the insured wishes to keep the salvaged vehicle and agrees to a lower claim amount. However, this also raises debates over the value of the salvaged car. In many cases the car owner feels the salvage is worth less than the insurer is deducting from the payout. Mazwi says retaining the salvage reduces the claim pay-out by 40% to 60% and is based on the general guidelines of the South African Insurance Association (SAIA). Mazwi says in most cases a customer is better off accepting the full claims payment than retaining the salvaged parts and accepting a lower payment.

Issues around warranties are also one of the main reasons for vehicle insurance disputes. Mazwi acknowledges that this is a problem in the industry where many of the extended warranty policies are too complex and technical for the ordinary consumer to understand. In some cases, the exclusions are so onerous the consumer has virtually no cover.

“We look at these matters very carefully, especially if the disclosure from the underwriter is not clear,” says Mazwi who adds that the regulation around ‘policy-holder protection rules’ is being introduced to ensure that these policies are more transparent and highlight the necessary information to customers.

In terms of their rulings, OSTI is only able to require the insurer to pay out the insured amount and not any consequential losses or damages incurred. For example, if you had to pay for a hire car or an Uber while waiting for your claim to be resolved, that would not be covered in OSTI’s ruling. However, Mazwi says in instances where the insurer was unreasonable and the claim dispute was not based on merit, or the insurer was seen to be obstructing the process, OSTI would consider awarding damages. However, this would be on a case-by-case basis.

What to do if you cannot afford your car payments

As lockdown drags on and job cuts continue, more and more people are facing financial difficulty when it comes to paying off debt. Many people have asked for advice about what they should do if they cannot afford their car payments. The bottom line is that you must...

We did this podcast a year ago, about paying off your vehicle and home loan sooner – but I thought it was worth sharing again, as Absa has now released updates on its banking app for car finance. Absa car finance customers can use the app to pay in additional funds to...

According to the Experian Consumer Default Index, repayment of car debt has shown a marked deterioration as the extended Covid-19 lockdown puts South Africans under more financial pressure. Marc Friedman, CEO of car sale platform Weelee.co.za says that to avoid a...

Freedom to have your car repaired by a non-dealer will increase competition and reduce the cost of repairing and insuring your car. A couple of years ago when I was buying a second-hand car that didn’t have a service plan, I discovered what a rip-off my dealership had...