Having an advert in a national newspaper does not necessarily make an investment opportunity legit. 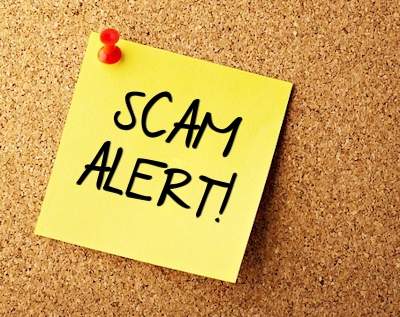 There are many investments being touted now on Facebook and even through adverts in mainstream media – including adverts placed with major Sunday papers – that should be treated with caution.

In most of these cases people are asked to invest a lump sum in an asset such as a truck, or even to purchase minerals such as coal. They are then told that either there is a contract that is guaranteed to hire out that truck, offering huge returns, or an opportunity to sell a mineral at a large profit.

These are all unregistered businesses and do not have authorisation to take money from the public. The Financial Sector Conduct Authority (FSCA) has issued a warning that it is investigating unregistered investments that offer unrealistic returns.

Trucking scams are quite common in South Africa and tend to reappear every few years. In 2016 a 33- year-old man was arrested and charged with 67 counts of fraud after he allegedly baited investors to give him R80 000 with promises of huge returns from what he described as  “excellent, well serviced and maintained trucks with transport hire agreements.”. In 2006 a similar syndicate was bust by the authorities.

A few months ago, the FSCA issued a warning against a company called Chenge Logistics. They were offering investors a 116% return in a year. Upon raiding the premises in Pietermaritzburg the FSCA said that their investigation found that they were not investing the money as they had told their clients. In this case the owners of the company were promising over 100% return in a year for investing in their logistics empowerment business. The case is still to be heard in court.

We have received many queries about a company called Coin-It which offers a high monthly income for investments into logistical equipment. Their Facebook page show that they are starting to miss payments to investors with various excuses such as bank account issues.

The FSCA issued a statement warning against both Coin-It and Commex Minerals stating “these entities are suspected to be operating fraudulent schemes, with a high likelihood that clients’ investment may be misappropriated.”

Remember: when returns appear to be too good to be true, they usually are, and the fact that they have paid for an advert doesn’t make them legit.