The third Absa/City Press Money Makeover kicks off early next year and the call to enter is out. Each year, six readers are invited to sign up for a six-month financial wellness bootcamp to turn their finances around. Howard, one of this year’s contestants, created a successful company by professionalising his rooms-to-let business. 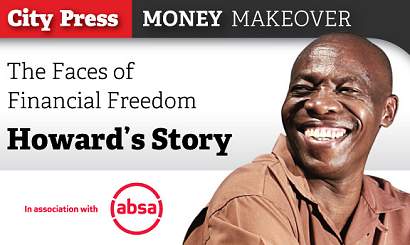 Howard is the founder of a rooms-to-let business in the East Rand which he built up over the last three years. However, his entire dream nearly ended in financial disaster. Rather than standing proudly in front of his burgeoning business, Howard was on track to be just been another debt statistic.

When Howard joined the Absa/City Press Money Makeover Challenge in 2017 he had already started on his dream of offering rooms-to-let to informal workers in his area. “I was working as a security guard and I was worried about the finances of the company I was working for. I thought I should have another plan, also for my retirement.”

Although Howard was a disciplined saver, saving R100 000 to start his rooms-to-let business, he incurred significant short-term debt in building the business.

He began by renting out rooms on his own property before investing in a three-bedroom property in an East Rand township adjacent to an informal settlement. He obtained a mortgage to cover the purchase but then took out further, unsecured loans to build six additional rooms on the property.

Although the rooms were all let, Howard was struggling to meet the debt repayments and couldn’t see a way out of the debt trap in order to expand. Between the mortgages on his home, his investment property and all the short-term debt, Howard owed creditors close to R1 million.

Howard was paired with Absa business adviser Elton Govender who immediately helped Howard to professionalise his business and create a proper set of accounts.

“When my adviser Elton first helped me with the numbers, I was shocked to see how much debt I had. I was only looking at the installments,” says Howard. Technically the income he generated covered the loans, but in order for him to grow, he had to find better financing options.

“The first thing we did was break down his budget into a personal budget and a business budget,” says Govender, who opened a separate business account for Howard. He taught Howard to use an excel spreadsheet to create detailed financial statements.

“I was very strict with him. He had to account for every cent. I didn’t allow him to round up to the nearest rand.”

Elton knew that when it came to applying for business finance, the bank would want to be able to cross reference those figures with Howard’s bank statements and receipts. As Howard collected his rent in cash, rather than depositing it into the bank account at a high cost, Elton recommended he use it to pay for day-to-day expenses but to keep every single receipt to show the bank.

Getting the basics right

At first Howard had to spend time going through papers to work out his finances, but soon he had them at his fingertips. So when it came to the meeting with the bank, he was able to answer their questions with authority. Howard drew up a proper business plan, projecting his future income and forming a plan for his next phase of development. He also obtained electrical certificates for all the rooms.

By the time Howard met with the business team at Absa he was knowledgeable about his business and able to provide a motivation for the business loan. The application was submitted as normal and approved based on the information provided.

The business loan settled all his short-term loans and reduced his interest rate from 25% to 13% per annum – a saving of R4 000 per month. Over the four years Howard will save R192 000 in interest.

In many ways Howard’s journey was inevitable as it started off as a small idea – renting out a room on his own property – which developed into a greater plan once he realised the demand. Without a clear vision and business plan, Howard managed from day to day by applying for loans as he built. Without approved building plans Howard could not apply for a building loan and the lack of money also meant he took some shortcuts which needed to be rectified in order to build further and find investors.

By focusing on getting the basics right in his business, Howard has been able to grow from strength to strength. “Our business is doing very well and we are able to bank R5 000 every month whilst still paying for our car and insurance. We have now saved R45 000 and have started building an additional three rooms on our investment property to complete that project. This will be the first time we are using our own cash and no loans.”

If you are a small business owner or entrepreneur and Howard’s story resonates with you – and you are ready to commit and take the challenge, the Absa/City Press Money Makeover Challenge is once again open for applications. There are only six places available so only the most committed applicants will be considered. 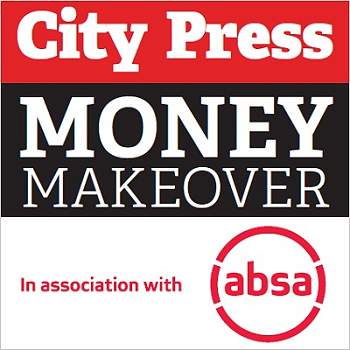 The competition runs over a six-month period and the six selected participants will receive expert help to get their finances in order and achieve their unique financial goals.

During the six months, each eligible participant will stand a chance to win incentive prizes upon reaching certain pre-agreed milestones.

At the end of the Challenge, a cash investment prize will be awarded to the participant who best managed to remain on track and successfully realised their financial goals during the period.

All applicants need to meet the following criteria:

If you would like to participate, send your responses to the following questions to us by no later than 25 October 2019.

To find out more about the Absa/City Press Money Makeover Challenge you can read about last year’s contestants on the City Press website.