One million garnishee orders could be removed if excessive fees and interest paid on judgement debt is curbed. 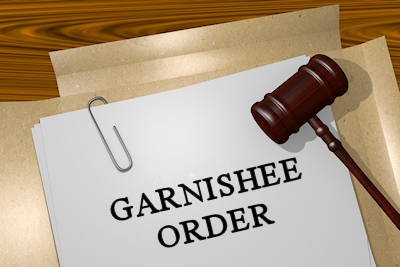 Once a judgement has been granted against a consumer, the cost of that debt can escalate rapidly. In a real-life example, a judgment was brought against an individual who had borrowed R1 500. The final judgement amount, which is to be collected via an emolument attachment order (commonly known as a garnishee order), was R11 689 – which is six times the original loan amount!

This final judgement amount was made up of R1 500 interest, R7 411 of attorney fees, a collection commission of R1 140 as well as ‘expenses’ and a ‘certificate fee’. It is this rampant increase in the debt amount that is being challenged at the Western Cape High Court by Summit Financial Partners and the Stellenbosch Law Clinic.

At the heart of the argument is the interpretation of how the in duplum rule applies to a judgement debt.

In duplum caps the maximum interest that can be added to a loan at the same value as the principle debt/original loan. Under the National Credit Act, the concept of in duplum was extended to include costs,  ie, attorney fees. This means under section 103 (5) of the National Credit Act, the total interest and fees charged by a credit provider/attorney may not exceed the value of the default debt. If the original loan was R5 000, the maximum the debt could reach is R10 000 – of which R5 000 would go to the capital and R5 000 to interest and costs.

However, based on the current interpretation of the Act, once a judgement is brought against this debt, it is considered a new debt agreement (judgement debt) and a new recoverable debt maximum applies. This means that if at the time of judgement the debt had reached R10 000 (under section 103 (5)), it could now double to a maximum of R20 000 – basically four times the amount of the original loan debt.

Moreover, it is currently the view of the National Credit Regulator, credit providers and attorneys, that section 103 (5) does not apply to debt post-judgement. This means that not only can the interest bill double, but additional attorney fees can push the debt well past four times the original loan amount as per the illustrated example.

Clark Gardner, CEO of Summit Financial Partners, argues that this interpretation of the Act combined with excessive legal fees means that the consumer remains forever indebted.

He argues that firstly, the debt should not ‘re-set’ and the in duplum rule should apply to the original loan and not the judgement debt. He also argues that section 103 (5) should still apply to judgement debt as that limits both the interest and legal fees.

Currently credit providers can pass on the costs of debt collection and legal action to the consumer. If this is capped, either the attorney would have to reduce their fee, or the credit provider would have to absorb the cost. This would make collecting smaller debts via garnishee orders unaffordable.

The National Credit Regulator (NCR), however, disagrees with Summit’s interpretation. It has argued that as the Act stands now, “it is clear that a judgement debt is separate from the original debt”. In its explanatory affidavit as a respondent to the court application, the NCR states that “once a judgement is granted in the credit provider’s favour, the debt in question ceases to be a ‘debt under the credit agreement’ as contemplated in section 103 (5) and decided that it should only be applicable before the debt in question becomes a judgement debt.”

In its affidavit, the NCR added that even if the court ruled that section 103 (5) – which includes legal fees as part of the in duplum – does apply, it should still consider the judgement debt as a new debt. In other words, the cost of the principle debt could still quadruple. The NCR maintains that once a judgement is granted against a consumer, it no longer falls under the National Credit Act but rather the judicial system through the Superior Courts Act and Magistrates Courts Act.

Gardner has accused the NCR of not acting in the interests of the consumer. “The NCR has a duty to enforce the NCA, to promote and support the development of a fair, responsible, sustainable and accessible credit industry and particularly to address the needs of historically disadvantaged persons, low-income persons, and remote, isolated or low-density communities. One could ask then why is the regulator opposing the consumer-friendly application to stop the abuse of garnishee deductions? The difference between the NCR interpretation they are fighting for versus ours would mean billions taken from the marginalised and handed to super profit earners in the credit industry.”

Purely an issue of legal interpretation

Lesiba Mashapa, company secretary at the NCR said it had not opposed the application but provided clarity around the Act. “This is purely a legal matter which most people have different interpretations about since it is not clear from the wording of section 103(5).  Whilst the NCA and NCR are for consumer protection, we always strive to achieve this purpose in a manner that balances the rights, interests and responsibilities of consumers and credit providers.”

Mashapa said the NCR had recommended policy changes to the Department of Trade, Industry and Competition (DTIC) to clarify the scope of the section 103(5) collection costs by regulation, and the DTIC has now published policy review proposals in this regard.

Mashapa added that the NCR is “very concerned about the high legal fees, and especially if they are charged in excess of the tariff schedules prescribed by the Magistrates’ Courts Act, Attorneys Act, Debt Collectors Act and Superior Courts Act.”

However, Mashapa says that the NCR does not directly regulate the fees which lawyers charge credit providers. Since the DTIC has published policy review proposals on this, they expect the issue will be resolved by regulation after consultation with the Department of Justice and the Legal Practice Council.

While we await the outcome of the court ruling, which is expected before the end of the year, what is clear is that judgement debt is a lucrative business. Credit providers can continue to charge maximum interest rates on an ongoing basis and attorneys can earn regular income. This is at the cost of the 2.37 million consumers who have a percentage of their salary garnisheed each month, the bulk of which goes first to paying the attorney and then to servicing interest, with very little left to settle the capital.

In duplum: literally, ‘double the amount’. This specifies that interest on a debt will cease to continue when the total amount of arrear interest has accrued to an amount equal to the outstanding principle debt. This means the debt may not exceed twice the principle debt.

Principle debt: this is the initial amount of money borrowed

Emolument Attachment Order: commonly called a garnishee order, this is when employers are instructed by the courts to deduct money off an employee’s salary each month.