You are Here > Home > My Investments > True wealth requires patience 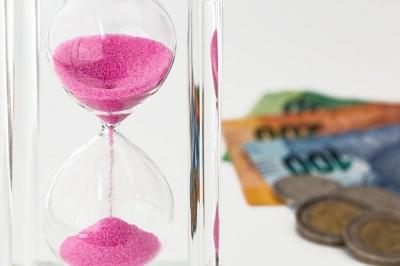 One of the greatest sources of wealth is getting your money to work harder than you do. This is achieved through the power of compounding. The problem with compounding is that it only works with time – there is no get-rich-quick scheme involved. While powerful, it requires patience.

This is partly why some of the wealthier people are either older or have benefited from inter-generational wealth – money that has had generations of time to keep growing.

Many people will be familiar with Warren Buffet who at one stage, before he gave his money away, was the richest man in the world. His money story is world famous and started with buying Coca-Cola shares with his paper-round money at the age of 11. He never sold them. 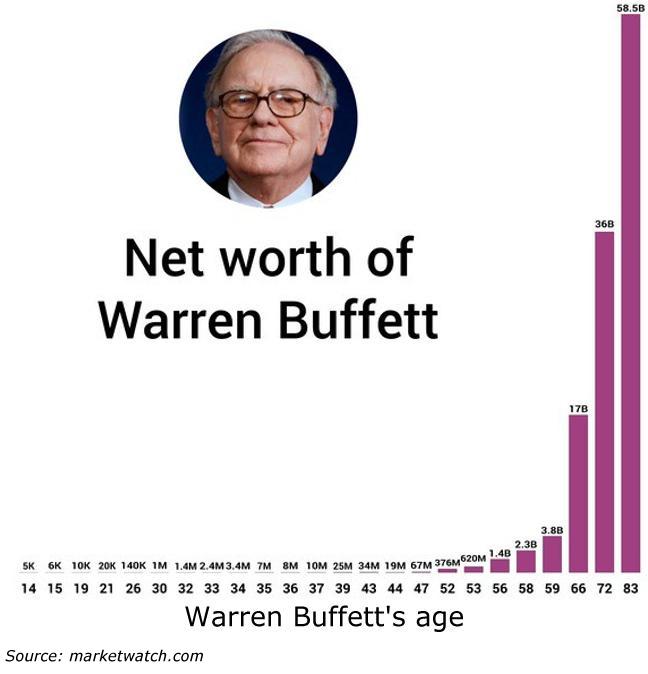 Buffet just kept buying shares and sticking them in the bottom of his drawer, leaving time to do its work. Yet even Buffett had to wait until he was a pensioner before becoming uber wealthy.

While most of us would be quite happy to have USD40 million by our 40s, Buffett only experienced exponential growth once he was in his 60s. It is this exponential curve of compounding that makes it so powerful.

For example, if you receive a 10% return on your investment, your money doubles every seven years. But what does that really mean?

So, while the period remains the same for each doubling of your investment, the actual rand amount of the growth starts to escalate. The last seven years is 15 times more valuable than the first seven years.

So how does this apply to something like our retirement fund?

For example, if you save R500 per month from the age of 25 to 35 and then stop contributing and just leave the money in an investment earning 12% on average a year, you would have nearly R2 million by the time you turn 60. Over ten years you would have contributed R60 000 and the rest of the growth is all due to the power of compounding.

Here is how it works:

In this calculation a 12% return per year was used which is what is expected from the markets over the long term. At this rate your money doubles every six years.

But even so, just by starting to save early you can grow R60 000 to R658 000 in today’s value – by having patience and letting time create the wealth.