Higher-income earners are tapping into unsecured loans to maintain their lifestyles as their salaries fail to keep up with inflation. 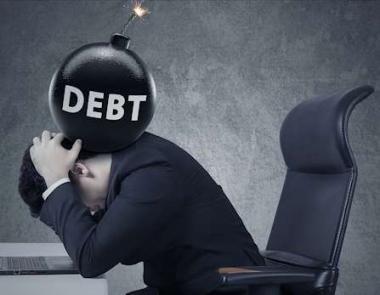 Debt Counselling firm DebtBusters recently released their quarterly debt report for the last quarter of 2019, and the figures were shocking.

According to the report, South Africans’ net income has declined markedly in real terms since 2015 and consumers are making up the shortfall by large-scale borrowing, with average debt levels increasing 13% more than average income levels.

The report found that people who applied to the company for debt counselling during 2019 had, on average, 15% less real net income compared to those who applied in 2015. In other words, based on buying power, South Africans have become poorer over the last four years.

Interestingly, higher-income earners suffered the most real salary drop, bringing home 20% less in real terms than their counterparts in 2015.

The figures suggest that this income group has used unsecured loans to maintain their lifestyles rather than cutting expenses and the average debt counselling client earning more than R20 000 a month is spending 64% of their income on debt repayments.

According to Benay Sagar, DebtBusters’ Chief Operating Officer, increases in unsecured loans have been the highest among wealthier households to the extent that unsecured loans are outweighing asset finance, such as home loans and car finance.

“On average, unsecured debt levels are 40% higher than what we were seeing four years ago. For higher-income earners it has increased by 50%,” says Sagar.

The report found that in Q4 2019, DebtBusters’ clients needed 64% of their net income to repay debts.

“This is unsustainable, and it’s become worse over the past four years. It is why we declared February National Debt Awareness Month,” says Sagar.