Should you be playing the National Lottery?

With the National Lottery celebrating 20 years of existence this year, we question whether punters could’ve done something better with the money they gambled. 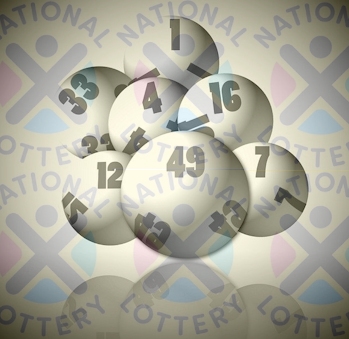 This year a 35-year-old woman from Soweto became a multi-millionaire thanks to a gamble on the National Lottery, which celebrates its 20th anniversary in March. She won a whopping R114 million from the PowerBall jackpot.

She’s not the only person to take a flutter and win, of course; Ithuba has paid out hundreds of millions in jackpot prizes across the various National Lottery games. But she’s just one of the lucky ones. In reality, there is a one in 13 983 816 chance of matching all six balls correctly.

What’s more, if you’re one of the millions of people who regularly take part in the National Lottery but have never won, you have lost out on a sizeable nest egg.

Old Mutual crunched the numbers and found that a typical National Lottery gambler could be anything between R28 961 and R69 273 worse off if they had gambled consistently for two decades without winning anything, instead of investing in one of the Old Mutual funds.

If the punter had simply put the cash under a mattress instead of gambling with it, they would’ve been over R6 000 better off.

Gontse Tsatsi, Old Mutual Investment Group head of retail distribution explains: “If you bought one row of numbers for every lotto draw since 11 March 2000, you would have spent R6 290.50. This takes the R1 increase into account on 28 March 2009.”

Rita Cool, a certified financial planner at Alexander Forbes, says she’s glad the numbers show that investors would’ve done better in equities over 20 years. “After three horrible years in the markets people now say ‘I want to be in cash’. It’s just over the last few years it’s been bad, but this demonstrates that over the long term equities outperform cash.”

But isn’t investing a gamble too?

If you draw similarities between gambling and investing then you could be forgiven, as both demand that you take an element of risk and there are no guarantees that you won’t lose all your money.

But Tstatsi points out that gambling is far more speculative, with the primary intent being winning money where there is a probability of losing everything. He explains: “Investing is the act of allocating money to an asset with the intention of consistently generating an income or growing the invested money in order to achieve a specific investment goal.”

He admits investing doesn’t give a predictable return due to market and economic movements but maintains it still pays off over the long term.

He adds: “Every unit trust has a clear mandate that sets out what assets the fund will invest in. The fund fact sheet explains the risks associated as well as the time horizon over which an investor should stay invested in order to achieve the expected performance objective.

“There is no diversification in purchasing a lotto ticket. You can perhaps spread the risk a bit, but that would mean buying more rows of numbers to increase the probability.”

But if you had gambled on the National Lottery for the last 20 years, would you really have come back with nothing? Tsatsi thinks it could be possible to have won a few thousand rands. “If the stats show you could win 50% for every amount spent on a lotto purchase, this suggests total winnings of R3 145.25.” 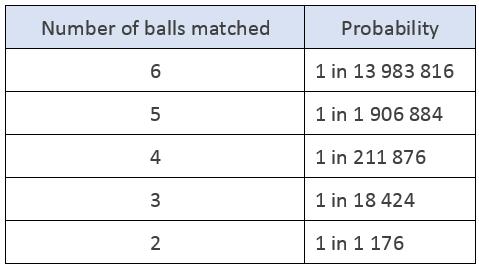 So should you play the Lotto?

“You can’t actually invest those small amounts anywhere. You have to save in your piggy bank and then put a lump sum into savings. Your first port of call should be a TFSA, then build it up and put it in the unit trust,” she says.

She points out that the National Lottery is effectively a tax but that if you’re just having an innocent flutter – one that you can afford – then there’s little harm done.

“You may lose the amount you gamble in the National Lottery in the couch or through that doughnut you’ve just eaten. There are worse ways to lose or spend the money. If you’re going to put money on the Lotto make sure you have the money to lose. Some people enjoy it. It’s when it becomes an addiction or when you’re using your rent money ‒ then it’s a problem.”

Even a small amount matters

The Old Mutual figures assume that you had R6 290 back in March 2000 to invest. But even if you had put away R26 a month rather than playing the National Lottery, based on the 10% return from the stock market over that period, you would have over R19 700 today.

This goes to show how just a small amount of money adds up over time. So, if you are procrastinating about starting an investment because you don’t have the money, look at where your money is currently going and maybe there is some small thing you can give up to start that nest egg today.