When your credit shortfall insurance leaves you short

Despite having credit shortfall insurance, many policyholders find themselves out of pocket when it comes to claiming because they don’t properly understand how the cover works. 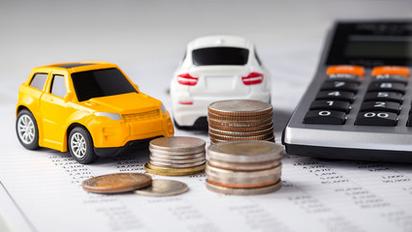 In its 2019 annual report the Ombud for Short-Term Insurance (OSTI) found that 49% of complaints related to motor vehicle insurance claims. Of this the majority were for vehicle credit shortfall and uninsured accessories.

Vehicle credit shortfall is the gap between the vehicle’s insured value and the amount owing to the bank. This is usually the case for the first few years of your car finance period as your vehicle has depreciated significantly and you owe more on it than it is worth.

If your car is stolen or written-off in an accident, there would be a gap between what your comprehensive insurance would pay out and what you owe the bank.

You can purchase credit shortfall insurance as a top-up insurance on your existing comprehensive insurance to cover this gap. However, according to Edite Teixeira-Mckinnon, CEO at OTSI, despite having credit shortfall insurance, many policyholders find themselves out of pocket when it comes to claiming. This is partly due to a misunderstanding of how the cover works and variations on the cover offered by each insurer.

Teixeira-Mckinnon says most complaints arise when customers have fallen behind on car finance repayments, have not include residual (balloon) payments in the cover, or discover their accessories are uninsured.

To avoid finding yourself short at claims stage, this is what you need to know about credit shortfall insurance.

According to Wynand van Vuuren, customer experience lead at King Price Insurance, credit shortfall insurance will only cover the financing gap based on the original credit agreement.

This means if you have missed repayments or extended the period of the repayment after the insurance was taken out, you could find that the policy does not cover the full outstanding balance.

It also does not include any early settlement charges if applicable. The cover pays out only what would have been owed on that date based on the original financing agreement.

Excess is not covered

According to Dr Nolwandle Mbalo from Standard Bank Insurance, shortfall insurance does not automatically cover any excess that may be payable on your comprehensive policy. For example, if you have an excess of R 5000, you would still have to pay that in.

However, Standard Bank does offer an optional extension to their policies to cover for either the excess or to refund the customer their initial deposit. A customer can also take an installment protector which pays the installments until the claim is fully settled.

Not insuring your residual

Marius Neethling, Personal Lines Underwriting Manager at Santam says you need make sure your percentage residual or balloon payment is included in the policy agreement. As this increases the premium, some customers may choose cover without residual without understanding the consequences.

They may for example have purchased a car for R300 000 but entered an agreement with a 30% residual. This means that during the financing period they are repaying R210 000 plus interest, but will owe the bank R90 000 at the end of the period.

Neethling says cover for credit shortfall without residual will not cover the increased instalments or rentals that would have been paid had there been no residual capital value at the end of the finance period, calculated to the month in which the claim is settled. Van Vuuren says King Price automatically covers residual values in their policies.

Accessories may not be included

It is important to know how your car is valued at the time of taking out the comprehensive insurance.

“At Santam we insure the value based on what it would cost to replace the car with a vehicle of the same age, condition, kilometers and  accessories,” says Neethling.

The point of accessories is extremely important. Some insurance policies only insure the value of the car based on standard fittings and not any extras you may have paid for, such as a sun-roof, tow bar or leather seats. In that case, these accessories need to be separately insured as extras. This is an important question to ask when comparing cover – while it may appear cheaper on paper, you may be covered for a lot less.

To avoid any nasty surprises, Neethling says when taking out any insurance ask: ‘What is the definition of a vehicle (i.e., are accessories automatically covered) and which events am I covered for in the event of a total loss?’

How has your car been valued?

Some insurers value the car at trade value which is the price you would receive if you sold it to a dealer. This is far lower than the market or retail value that you would pay to replace that exact car with the same accessories and mileage. This is an important question to ask when comparing quotes.

Different insurers use different terminology – even retail and market value can differ – so it is best to ask specifically what they will base their value on when paying out the claim.