You are Here > Home > My Investments > For investment success, buy businesses – not stocks

A closer look at the histories of global giants Microsoft and Nestlé demonstrates the importance of investing in businesses rather than just stocks, and having patience. 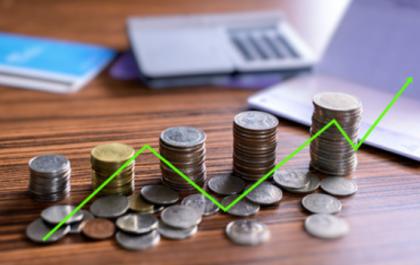 Looking back at the impressive track records of global leaders such as Microsoft and Nestlé, it’s tempting to daydream of travelling back in time just to get in on the ground floor and share in the spoils of their meteoric rises.

But a closer examination of each of these companies’ histories reveals that it hasn’t always been smooth sailing, and therein lies one of the most important lessons for any investor: invest in businesses, not just stocks.

As behavioural economics expert Professor Richard Thaler of the University of Chicago notes, “The foundation of political economy and, in general, of every social science, is evidently psychology.” In the investment world, we see this all the time, as stock markets get carried away by news headlines, sentiment and general short-term noise, with perception swinging from “flawless” to “hopeless”.

But as investors, we need to remind ourselves that perception does not necessarily reflect reality.

Stock prices will zig and zag, but in the case of sound companies, the underlying businesses generally zig and zag far less than the market. So, once you have identified good or even great businesses at good prices for your portfolio, one of the best decisions you can make in response to market turmoil is usually to have patience, and do nothing – a lesson which is particularly vital as we navigate the uncertainty of the post-pandemic world.

Demonstrating the point, Microsoft’s history at first glance appears a simple tale of rags to riches.

Notably, when the company first went public in 1986, its opening share price was just $0.10 (adjusted for subsequent stock splits and corporate actions). In the years since, it has grown by continuously adapting to the needs and demands of the ever-evolving technology market, shifting from manufacturing and supplying computer hardware to predominately supplying software solutions.

The company’s evolution has seen its share price appreciate an unbelievable average of 18.37% per annum since its listing, recently hitting an all-time high of $201.91. By comparison, the NASDAQ rose an average of 11% per annum over the same period. 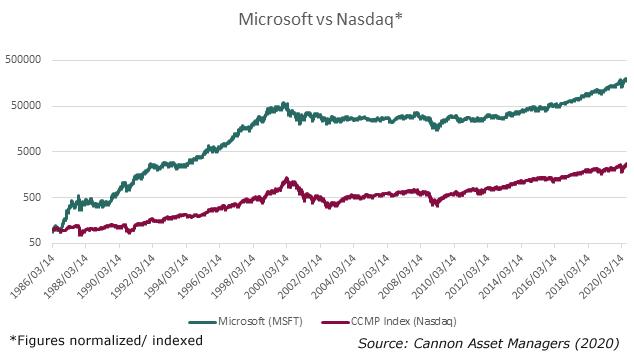 However, the company has seen its share of difficulties over the years. During the dot-com crash, for example, Microsoft’s share price plummeted some 64.4%, falling from a high of over $58 in January 2000, to a low of just under $21 in December of the same year.

Likewise, economic challenges brought on by the Global Financial Crisis in 2008 also saw a large drop-off in the global PC market and sales, with Microsoft cutting around 5 000 jobs (5% of its workforce) to reduce expenses – the first significant retrenchments in the company’s history.

But investors who allowed fear and anxiety to provoke them into pulling their funds during this time would have missed out on the share price’s subsequent recovery, which saw it quickly regain 49% to a high of $201.91 in June – a point which underscores the importance of  patience and resilience.

Like Microsoft, Nestlé is also a global leader in its industry with an impressive stock price history. 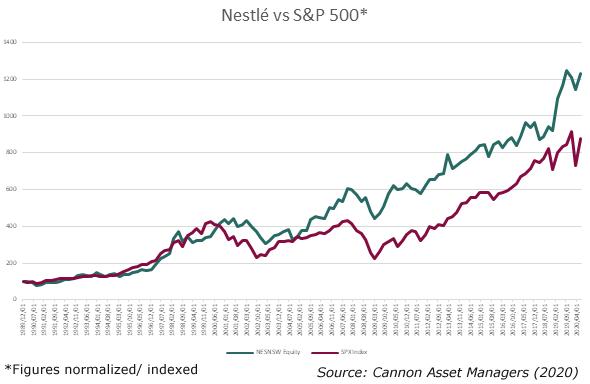 But again, as for Microsoft, you’d be hard-pressed to find anyone who was able to hold onto their shares for the entire ride. The company has also seen its fair share of massive selloffs, as outlined below:

Emotionally, it would have been incredibly difficult not to sell during these periods, but strategically, holding the investment line is often the best thing to do.

More recently, the Covid-19 sell-off also proved difficult for some investors, with the share price losing nearly 18% of its value within the space of a month as many sold out of the investment.

Once again, a better response by investors would have been to hold the investment line, as the stock price has since recovered all of its losses.

Past performance is not a guarantee of future returns, but the clear message arising from these companies’ histories is to invest in businesses, not stocks. Then, hold the investment as long as the business – not the stock – continues to perform in accordance with your expectations.

Be patient and steady, and you will also reap the rewards.

This post was based on a press release issued on behalf of Cannon Asset Managers.