You are Here > Home > Borrowing > Paying the price of payment holidays

Paying the price of payment holidays 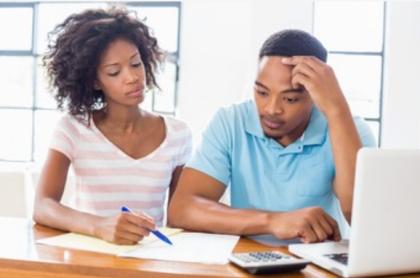 Payment holidays offered during the three-month period from April to June 2020 will cost an additional R20.7 billion in debt for the estimated 1.6 million South African consumers who participated.

This is according to calculations by DebtBusters, South Africa’s leading and largest debt counsellor.

Benay Sager, DebtBusters’ chief operating officer, says while payment holidays were very good news for people facing a short-term cash crunch, they came at a cost. This is as a result of interest accumulating on the debt owed, even though payments were put on hold for a while.

“We understand that for many consumers payment holidays were a lifeline. For people who were desperate to make ends meet during the hard lockdown, the additional interest may have seemed an inconsequential consideration, but on average, a three-month payment holiday will have increased what they owe by 4.2%. That equates to R12 900 over and above the original debt for the typical consumer who participated in the payment holidays for three months.”

DebtBusters’ analysis was conducted based on the profiles of typical consumers who applied for debt counselling over the past year. The analysis includes a breakdown of how a three-month payment holiday affected these consumers’ levels of debt:

“In a country as over-indebted as South Africa, especially at a time when the economy is contracting, this is enough to push people who were just about making ends meet into a situation where their debt-to-income ratio is unsustainable,” says Sager.

He says that while these numbers are sobering, people who find themselves struggling to make repayments as a result of increased debt levels or constrained income should seek help sooner rather than later.

“Although some people are sceptical about debt counselling the reality is that in South Africa it is highly regulated and generally very effective. By getting help from a reputable debt counsellor as soon as you realise you’re in trouble, you can avoid a situation where you could lose everything you’ve worked for.”

Since 2016 the number of consumers successfully completing debt counselling with DebtBusters has grown by more than 40% per annum.

This post was based on a press release issued on behalf of DebtBusters.

National Treasury has made it clear that it does not support any calls to allow members to borrow money from their pension funds. This was in response to a Private Member’s Bill to amend the Pension Funds Act. This Bill was put forward by DA MP Dr Dion George as a...

The Credit Ombud wants to remind consumers that there are ways to ease the woes that come with being unemployed while having debt, and you shouldn’t just ignore your credit providers. If you’ve just lost your job or have had your salary reduced due to the Covid-19...

For many people COVID has had a major financial impact and some may be considering entering debt review. In this podcast Maya (@mayaonmoney) speaks to David O’Brien of debt counselling firm Meerkat to explain how debt counselling works and how to choose a good debt...

The best way to settle your car finance

Advance payments on car finance do not work the same as on your home loan, so it’s worth understanding how to make the most of it. Any debt that you pay off sooner than required will save you money on interest. However, you need to understand how advance payments work...

There has been an increase in loan scams as people become financially desperate and see a cheap loan as a way out of a financial crisis. My own inbox is flooded each day with emails from companies claiming to offer really cheap loans. Many of these emails use the...

Video: When to consider debt counselling

Even before lockdown, many people were finding it difficult to meet their debt repayments and facing the prospect of defaulting. Once you are in default, the collection and legal fees start mounting up. Debt that you were already struggling to repay could easily...

If you are confused about the effects of depositing extra funds into your home loan, you are not alone. During lockdown, many people looked into their finance agreements, which resulted in a lot of queries about what happens when you pay an additional amount into a...

Listen: How to pay off your home and car

If you are confused about how advance payments work when it comes to your home loan and car finance, you are not alone. In this podcast, Maya (@mayaonmoney) and Mapalo (@womanandfinance) unpack exactly how access bonds work and when advance payments on your car can be...

We have received several complaints from readers who have been unhappy with the management of their payment holidays. Many bank customers believe they were not fully informed about the consequences of taking a payment holiday or in some cases were granted a payment...

When we began 2020, who could have imagined that mortgage rates would fall by almost one-third, decreasing from 10% all the way down to 7% percent. Economists are even predicting further rate cuts this year. While this has been great news for borrowers, it has not...