You are Here > Home > Financial Sense Home > Should pensioners worry about interest-rate cuts?

Should pensioners worry about interest-rate cuts? 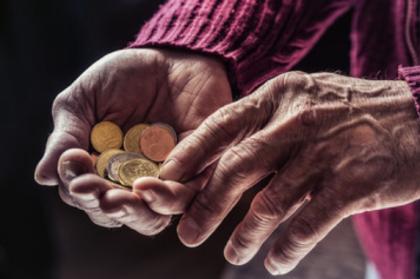 Most pensioners who live off interest from savings have had their incomes dramatically reduced by the interest-rate cuts of the last few months, but this is not the only ‒ or even the worst ‒ risk they face.

When the investment market melted down in March, those invested mainly in the money markets might have felt relieved to see their capital remain intact. That relief would have been short-lived, though. The repo rate, the rate at which the central bank lends money to commercial banks, has been cut by a total of 3% this year, which means that commercially available interest rates have almost halved since January.

Pensioners who are living off interest on their savings are now, like many other South Africans, feeling a lot poorer. They have seen their income shrink month on month without a likely commensurate decline in their living expenses.

It’s all about inflation

They aren’t really poorer, though ‒ at least not yet. These words may provide little comfort but, on the basis of the official inflation numbers, they are barely worse off than they were six months ago.

This is best illustrated by an example. Let’s assume a pensioner has cash savings of R1 million on which they earn interest at 7% p.a., paid monthly into their current account, and that year-on-year CPI (consumer price inflation) is running at 4.6% (as it was at the end of February). The pensioner covers their living expenses with the interest earned on the R1 million.

A year later, they would still have R1 million, but because of inflation, the purchasing power of that R1 million has diminished. The cost of living has risen and, with inflation at 4.5%, the R1 million is worth only R956 000 in terms of what it can buy.

In the current situation they would be earning, say, only 4% interest. If they spend the same as before, they would eat into their R1 million capital, leaving just R969 000 at the end of the year. With inflation running at 2.1%, the purchasing power of that money would have diminished to R950 000.

Therefore, practically, these pensioners are hardly worse off than before: a negligible 0.6% change, as the lower interest income is mostly offset by corresponding lower inflation.

Still, our example underlines the fallacy of this approach. Living off interest income may create the illusion that the underlying capital is being preserved but, in truth, the purchasing power of that money is being steadily eroded.

Cash is considered a low-risk investment because it provides an almost-certain return over the contract period. However, that return is also typically quite low. Savers are usually only compensated for inflation, plus a little bit extra, say 1.5-2.5%.

The slight loss in wealth in our example above reflects the narrowing of that ‘little bit extra’, otherwise known as the real or after-inflation return. In our example, it has contracted from 2.4% to 1.9%. This presents the bigger risk in the long term.  Earning a lower real interest rate over a number of years without a cut in spending uses up savings more quickly.

Additionally, pensioners may find that their expenses have a higher inflation rate, accelerating that depletion.

Indeed, the real issue facing these pensioners is not the current decline in interest rates, but the prospect that inflation starts to increase again, while the Reserve Bank is unable to raise interest rates because our economic circumstances don’t allow it.  Pensioners then face the threat of outliving their savings.

Although every household should have an emergency cash reserve to see them through difficult periods like this one, cash is not the ‘safe’ option for investors with a long-term perspective. This includes retirees, who, depending on their age, might still have an investment time horizon of a couple of decades or more.

Diversification as a hedge against risk

Cash leaves them fully exposed to the negative consequences of declining real interest rates. Diversifying into other asset classes would hedge them against this risk.

Furthermore, cash typically delivers lower long-term returns than other asset classes. Relying on cash alone, therefore, increases the risk that pensioners suffer a decline in lifestyle in the future.

Although it may make their portfolio’s performance more volatile over shorter periods, diversifying across asset classes should better protect them from inflation and concentration risk, ultimately making their savings last longer.

Such diversification is easily achieved by investing in a low-cost balanced multi-asset fund, which can also facilitate automatic monthly income payouts.

Even if they opted for a low-equity fund, they would still have earned some 2% more p.a. than from the money markets over the last 10 years and would now have 24% more money ‒ not to mention the additional peace of mind from knowing that all their eggs were not in one basket.

This post was based on a press release issued on behafl of 10X Investments.