You are Here > Home > Debt > Borrowing from days already worked

A salary advance could be an attractive alternative to a traditional payday loan. 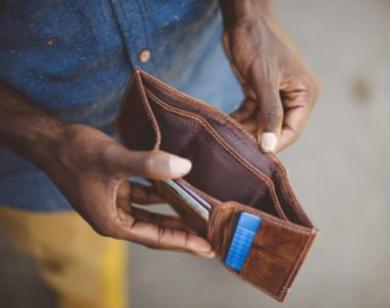 A few years ago, I came across an article about how Walmart in the US allowed its workers to access a portion of their already-earned salary before month end.

For example, if you have worked for ten days of the month but find yourself in a cashflow crunch, rather than going to your local loan shark, you could draw a percentage of your salary already accrued to you during those ten days. This would then be deducted off your salary payment at month end.

This seems like a great solution, especially for lower-income earners.

Normally I am not one to support short-term loans, but the reality is that for people earning a minimum wage, cashflow management is a challenge, especially if emergencies arise.

This usually results in consumers taking up payday loans with exorbitant fees and interest rates. A salary advance, on the other hand, could be offered at lower fees and help prevent people getting trapped in an unsustainable cycle of debt. There is no risk to the employer as the employee is simply receiving money already earned.

There are several new players in the South African industry offering salary advance solutions for employers to provide to their employees. These include SmartWage, Level Finance and former rugby player Bryan Habana’s solution Paymenow.

While a salary advance is definitely an improvement on a payday loan, it’s important that employees don’t end up in a situation where they have drawn down excessively and have no money left on payday.

All the providers work through the employer and the principle is the same: an employee can access a percentage of the salary they have already earned that month so far, and whatever they have cashed out is deducted from their salary at the end of the month.

No impact on one’s credit record

As a salary advance is not a credit agreement, it does not reflect on one’s credit record. This can be a positive for employees who are already over-indebted and have a poor credit score. There are fees but they are a fraction of what you would pay to a microlender.

In some cases, a fee is charged per transaction and in others, a monthly subscription is paid for employees who make use of a cash advance. For example, PaymeNow charges R50 for a salary advance of R1 000. For a payday loan with a microlender, the fee would be closer to R250.

Paymenow MD Deon Nobrega says a salary advance allows employees to borrow small amounts at a minimal cost. An advance could be made for as little as R200, at a cost of R18. Most payday loans would have a minimum of R500 with fees starting at around R144.

Nobrega says Paymenow is the most digitally integrated of the current platforms, which means an employee could theoretically request a cash advance at 2am on a Sunday morning and have the funds available within minutes.

Level Finance, a relatively new player, charges a subscription fee to employees to keep the app operational, which is only paid when an employee accesses the service to withdraw their pay. There is also a nominal fee per transaction.

While a salary advance is definitely an improvement on a payday loan, it’s important that employees don’t end up in a situation where they have drawn down excessively and have no money left on payday.

Raeesa Gabriels of Level Finance says they have capped the withdrawal at 25% of the salary earned to date, based on the National Credit Regulator’s guidelines. In other words, if someone earns R200 a day, on day ten they have accumulated R2 000 and could only access R500 of that.

Paymenow has a maximum cap of 30% but employers can set the limit lower. Nobrega says that based on the experience of the 2 000 employees currently signed up, on average employees who have used a cash advance have only drawn around 10% of their salary advance.

The typical cashout amount is around R350 which is withdrawn 1½ times a month. In other words, the average salary earner of R5 500 is cashing out R500 a month.

Nobrega says Paymenow has also gamified the platform to encourage financial education. An employee is limited to a lower withdrawal amount initially and only if they complete online financial education programmes will they move up a level to access a higher percentage of their salary.

The next step is to create a savings culture where employees can put some of their salary away each month to build up an emergency fund or meet extra end-of-year expenses.

Level Finance has built a savings option into their product that allows an employee to save before they get paid. Gabriels says five days before payday an employee can elect to put a percentage of their salary into a savings account. This means the money is saved before it can be spent.

Salary advance is an exciting space which could offer real solutions to workers caught in a debt trap, but in order to succeed and keep costs low, these fintech solutions will have to scale up quickly.

There is still a cost to implementing the solution and the money advanced to the employees is funded at an interest rate cost to the fintech provider. Nobrega says they are in talks with several large employers and believes they will break even this year.