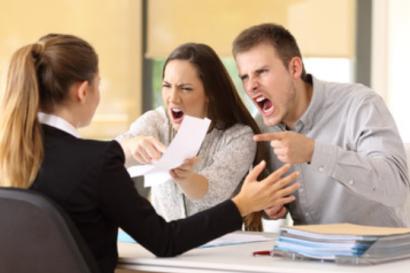 The Consumer Goods and Services Ombud recently released its annual report. Over the past year, it resolved over 8 600 complaints of which 65% resulted in a favourable outcome for consumers. The average turnaround time was 42 days.

The CGSO is not an adjudicative body and cannot order a business to comply with a ruling, but it plays a role in guiding the implementation of the Consumer Protection Act (CPA) and what constitutes fair business practices.

Its key role is to assist parties to reach an agreement guided by the CPA. The details of the CPA are not always clear cut and it does, in many cases, require some form of arbitration or guidelines. A good example is what constitutes a “reasonable” cancellation fee.

According to the Ombudsman Magauta Mphahlele, the main complaints from consumers related to refunds on defective goods and service-related issues where services were not delivered on time or not as per the agreed contract. Many of these related to the appliance and furniture industry where defective goods may be returned within six months of purchase.

Mphahlele says the satellite and telecon industry had high levels of complaints relating to cellphones, overcharging and contract cancellation issues.

Unsurprisingly, gym contracts also accounted for many complaints, specifically around cancellation fees and whether or not these were deemed “reasonable”.

Mphahlele says one of the common misunderstandings by consumers around refunds related to clothing retailers. Under the Consumer Protection Act there is no specific clause relating to the return of clothing if not defective, and this is determined by the retailer’s own refund policy.

The CGSO made two recommendations for changes to contract agreements. One related to warrantees that were invalidated due to a change in ownership. In this case the complainant bought a television from a consumer while the television was under warrantee. However, when the television broke down the manufacturer did not recognize the warrantee due to the change in ownership. The CPA recognizes a customer defines a consumer not only as the person who entered into the transaction but, depending on the circumstances, the user, recipient or beneficiary of the goods and services. The CGSO believes that warrantees should be transferable.

The CGSO also noted that the cancellation fee related to the cost of the handset and the extent to which it was subsidized by the contract. However, at no point was this information provided to the consumer nor was the true cost of the handset specified. This makes it impossible for a consumer to know in advance the impact of cancelling the contract.

“As a result, the only time a subscriber becomes aware of the true cost of the handset is when they want to cancel. This makes it difficult for anyone, including this office, to determine the actual loss suffered by the provider at the point of cancellation, and based on that, to determine what the reasonable charge should be. Disclosing the cost of the handset in the subscriber agreement will ensure that consumers choose a handset that is within their affordability range and for which they can meet the penalty charges should they cancel prematurely,” Mphahlele stated in the report.

While the aim is to achieve an agreement between both parties, in the case where a supplier refuses to co-operate or provide compensation recommended by the CGSO, the consumer must then lodge a new complaint with the National Consumer Commission. The goal of the CGSO is to be given a mandate to make binding rulings.