In the hope of assisting investors to make better sense of the current financial climate, Debra Slabber, Business Development Manager of Morningstar Investment Management South Africa, explains some of the financial jargon that is often used during market downturns. 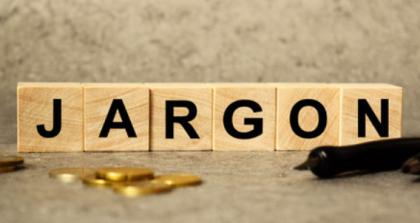 Market downturns leave many investors hopeless for various reasons: portfolio values and income levels that have declined, the confusion as to what to do about it, a bombardment of information from various sources, and explanations by industry experts using terms you have never heard before.

How should you know what to do if you don’t even understand what the problem is in the first place?

While it is impossible to control what happens in markets, you can make sense of these events by gaining a better understanding of the financial jargon that gets thrown around.

The term “recession” in its strictest definition means that an economy experiences two consecutive quarters of negative economic growth as a result of a significant decline in general economic activity.

During a recession, businesses experience less demand (i.e. they sell fewer products and/or services). These businesses usually react to this by cutting costs and sometimes laying off staff in order to protect the profitability of the business. When staff are retrenched, this leads to higher unemployment rates.

Generally, a recession does not last as long as an expansion does. Historically, the average recession (globally) lasted 15 months, compared to the average expansion that lasted 48 months.

Causes of a recession can vary. While COVID-19 has certainly put a drag on the global economy, it remains to be seen whether it will have lasting effects on economic output. It is important to realise that recessions are a normal part of an economic cycle and every person will experience a few in their lifetime.

A bear market is when a market experiences a decline of at least 20%, usually over a two-month period or longer.

Bear markets often arise from negative investor sentiment because the economy is slowing or due to the expectation that it will slow down. Signs of a slowing economy may include a decrease in productivity, a rise in unemployment, a decrease in company profits and lower disposable income.

When someone talks about having a “bearish” view, it means they have a pessimistic outlook.

Some other pieces of financial jargon that you might come across when reading up on market downturns include:

Markets have been highly volatile of late, meaning equity prices have bounced up and down rather severely from one day to the next. Volatility marks how much an investment’s price rises or falls. If an investment’s price changes more dramatically and/or more often, it’s considered more volatile.

Investments with more uncertain outlooks, like equities, are typically more volatile, because equity returns are based on a company’s profitability, which is difficult to predict. In uncertain market environments, like the current one, investors tend to be especially pessimistic about how businesses will perform, which can result in steep market declines.

So, why would you want to invest in a more volatile investment? Because you are likely to be rewarded with a higher return over the long term.

Volatility and risk are terms often used interchangeably, although they are very different. Risk should be defined as “permanent capital loss” or the chance that you won’t meet your financial goal.

For a retiree, one risk might be not taking on enough risk. By reducing your exposure to more volatile or “risky” assets such as equities, you could significantly limit your portfolio’s potential return over the long run. By remaining invested in cash for prolonged periods of time, you run the risk of increasing your tax bill significantly (due to interest earned being fully taxable) or losing purchasing power due to the eroding effects of inflation.

Even though a more equity-orientated portfolio will experience more volatility in environments like what we are facing now, your asset allocation might not be overly risky. If you’re far away from retirement, you have time to ride out your portfolio’s short-term volatility and take advantage of longer-term gains that equity markets will generate.

Loss aversion is the theory that investors feel more pain when they lose a certain amount of money than they feel pleasure when they gain an equal sum. In other words, you would feel more discomfort from losing R1 000 than pleasure from gaining R1 000.

Time and time again it has been proven that selling your investments in a downturn and giving up on your long-term financial plan is detrimental to a successful investment outcome.

So where does that leave investors?

Things might not be so hopeless after all. Recessions, bear markets, drawdowns and volatility are all part of the world of investing and building long-term wealth.

What matters most is our actions and habits during this time. These can either hurt you or help you, but most importantly always remember that “this too shall pass”.

This article was based on a press release issued on behalf of Morningstar.