You are Here > Home > My Insurance > Income protection for ‘gig workers’ – finally! 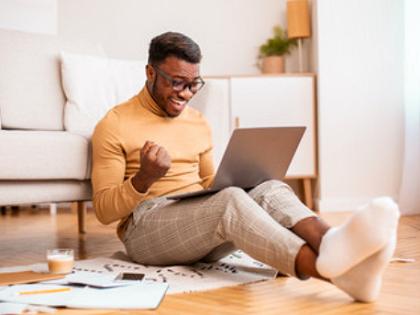 South Africa’s gig economy is booming. More people than ever before are earning a living as so-called ‘gig workers’ – working as independent contractors, running a side hustle to make ends meet, or working in what some consider ‘unorthodox’ occupations. Until recently, though, when it came to income protection, many of them were seen as uninsurable.

According to Statistics SA’s latest employment outlook, nearly 4 million South Africans work as independent contractors, with temporary employment rising from 2.6 million in 2017 to 3.9 million in 2018. That number has probably risen even further since then.

While there are many advantages for gig workers and independent contractors, like greater independence and flexibility, there are risks too. For a ‘one-man band’, like a freelancer or contract worker, if you don’t work, you don’t earn – and the consequences of an injury or illness without the right cover in place would be devastating.

Traditional insurance models do not sufficiently cater for these individuals, who are often not working consistently, have no formal contracts in place, or are unable to define what their anticipated income will be at any given point. But this doesn’t change the fact that someone working in the gig economy has as much of a need to protect their income as someone who is formally employed.

The insurance industry as a whole has struggled to ensure customers with non-standard occupations and multiple income streams have appropriate cover available to them. FMI’s recent extension of its income protection to cover a wider range of occupations is a bold step towards achieving that goal.

Gig workers on the increase

In the past, most of our applicants were either fulltime employees or self employed, but we have seen an increase in applicants who don’t fit neatly into either of these two boxes. These include freelancers, independent contractors and those with multiple income streams.

We’ve been able to extend the number of occupations we cover because of how we classify the status of their occupation. This widens the range of people who can take out income protection to include those who choose to earn their income in a different way: independent contractors (fixed term, temporary and project based), secondary occupations (colloquially known as ‘side hustles’), and people who work intermittently or irregular hours.

Some examples of people who have struggled to get income protection cover in the past, who will now be able to enjoy cover, include:

The decision to expand our range of occupations eligible for cover, to include occupations which other insurers aren’t always able to protect, is in line with our core belief that everyone should be able to protect their income against the risk of injury, illness or death – the ‘Income First’ approach.

Court rules for insurer to pay up

The global shutdown in the face of the COVID-19 pandemic is testing the clauses of insurance policies – specifically business interruption insurance – with claimants and insurers across the world fighting it out in court. The Western Cape High Court recently issued a...

Video: Prepare for the weather

The summer rainy season is in full swing in Gauteng. The province has already seen heavy rain, flash floods and hail, and authorities have warned that more extreme weather is on the way. It is not surprising that this is the time of year that property damage due...

Get a home inspection before you buy

So you've finally found your dream home and are ready to put in an offer. Before you dive in, be sure that you conduct a home inspection. This is according to Marius Steyn, Personal Lines Underwriting Manager at Santam. Steyn suggests including a clause in your offer...

Whether you’ve recently made property upgrades or added a few new items to your home, it is time to spring clean your insurance policies to check that you are adequately covered. Your short-term insurance policy is automatically renewed almost every year but it is up...