Where would investment managers put their money for a five-year return? 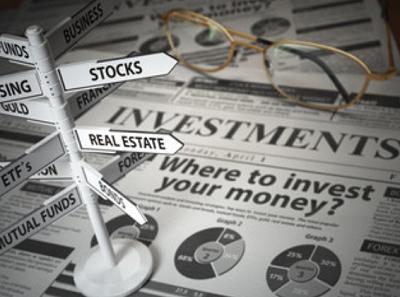 If you had R1 million right now and a five-year time horizon, what would you do with the money?

This was one of the questions posed to a panel of investment experts at the recently held Allan Gray Offshore Exchange. The two-day offshore investing webinar brought together local and global investment managers to share their views on current opportunities.

We spoke to three of the investment managers and asked them for their thoughts.

“I would take most of the R1 million offshore, given that there are several risks in the local market,” said Kevin Lings, chief economist at STANLIB.

“South Africa is not offering much value across asset classes now. I would look at a mix of currencies offshore, and a global balanced fund would give me exposure to different asset classes.”

Lings added that South Africa’s fiscal position was dire, with recent statistics showing a contraction of economic activity, a surge in government debt and a sharp rise in unemployment. He expects the South African economy to contract by close to 9% by the end of 2020.

“The best way to stimulate the economy is through public-private partnerships, especially in infrastructure investment. Our government is focusing on infrastructure, but the right projects need to be identified that will, if done together with the private sector, uplift the economy and create jobs,” explained Lings.

“I would own shares or gold, both of which offer some protection against the possible adverse consequences of imprudent government intervention,” said McGregor.

He added that while much of the world is looking at the rapidly and highly profitable FANGAM stocks (Facebook, Amazon, Netflix, Google (Alphabet), Apple & Microsoft), these tech stocks are very expensive.

“To capitalise on a five-year time horizon, the future is in emerging markets. For emerging markets, such as South Africa, global trade is a key driver of economic growth.

“The pace of the return to normal following COVID-19 will depend on when and how international trade recovers. My sense is that it will probably take at least two years to get back to where we were at the end of 2019, and possibly much longer.”

Nicholas Purser, who leads the team of currency analysts at Orbis, Allan Gray’s offshore investment partner, suggested that with value and growth stocks performing so divergently, it might be valuable to consider investments in these separately rather than thinking of equities as a single asset class.

He added that given that government bonds in developed-market economies are offering negative expected real returns, these are difficult to find attractive.

From a currency perspective he noted that of the major currencies, the British pound looks moderately attractive whereas the US dollar looks a little expensive.

This post was based on a press release issued on behalf of Allan Gray.