What #alcoholban panic reveals about human behaviour in times of uncertainty 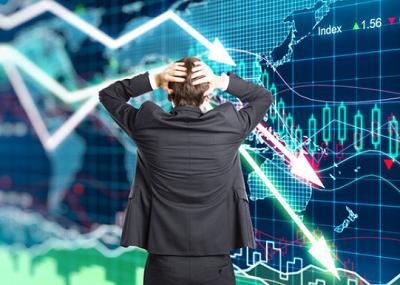 In August, South Africans formed long queues outside liquor stores across the country, hoping to stock up on alcohol before a rumoured ban came into effect. But, as it turns out, the ban was fake news, spread on WhatsApp and social media.

While authorities committed to tracking down the source of the hoax, this kind of panic-buying has a lot to teach us about human behaviour in times of uncertainty.

If investors can understand the basic subconscious motivations behind phenomena like the alcohol-ban panic, they can use these insights to understand their behaviour during a financial crisis.

Covid-19 has given us many examples of decision-making fuelled by uncertainty rather than reliable information – from stockpiling wine to panic in the stock markets.

South Africans rushed out to bottle stores for similar reasons that so many rushed to invest in gold earlier this year. In both cases, our brains are responding in a specific way to a perceived threat.

In situations of extreme uncertainty, our brains start to make connections in a frantic bid to impose some control on the rapidly shifting world around us. But the impulse to make these links comes from fear, not rational thinking.

The links don’t objectively exist outside of our anxious minds. Panic-buying – and, in the case of the stock market, panic-selling – simply makes the brain feel as if we’re doing something to gain control and keep ourselves safe. And that impulse is powerful.

The decisions we make in this brain state might not be sensible, but they do make a certain kind of sense. Neuroscience has shown that what may look like an overreaction is in fact an adaptive response, developed over hundreds of thousands of years of evolution.

“The brain doesn’t stop to ask if the threat is real or even if the action is constructive – it just kicks us into action mode because it reads uncertainty as a real existential threat.

Because we’re social creatures, there’s also an element of ‘emotional contagion’ at play. So when we see people around us lining up to bulk-buy alcohol, we’re even more inclined to flip into panic mode.

Groupthink makes us feel the stockpiling must be necessary and, at the same time, it amplifies the feeling of scarcity – if you have more of something, then I’ll have less of it. So we make decisions we wouldn’t usually make from this ‘scarcity mindset’.

The neuroscience of uncertainty has enormous implications for financial markets, where sentiment is a major driving force.

It’s human nature to buy and sell during a crisis ­– to take some kind of action to create a sense of control – and panicked actions generate a snowball effect on market supply and demand. It’s tough to resist the temptation to do the same. After all, your brain is wired for this reaction to uncertainty.

How to avoid panic

The first thing is simply to notice that you’re feeling fearful. Notice yourself reaching for something to do to give a semblance of control.

Then find a way to give voice to your fears. Talking to someone about what you’re feeling is a step in the direction of more rational thought. It could be a financial planner, a therapist or a trusted friend.

The point is that by talking through the emotions, you’ll see how they are driving your behaviour and gain some perspective. Speaking the uncertainty out loud – ‘I feel anxious; this is uncomfortable; I don’t know what to do’ – will help your nervous system shift out of high alert into a more reasoning mode.

It’s by no means a quick or easy fix, but emotional awareness and processing really are our best defence against fear-based decisions which, when it comes to long-term investment goals, are invariably a mistake.